Marina Williams of East Aurora, N.Y., has never been vaccinated nor has she vaccinated her two daughters, ages 13 and 15, according to WIVB. The mom’s faith, which she hasn’t specified, does not allow alcohol, drugs or vaccines to enter the body.

Two unvaccinated girls were kicked out of high school, and their mother is fighting the district in court.

“I’ve never had a vaccine before. My mother, my sister, my aunt, haven’t either. To me, that was just a given … I’ve never had to defend it before,” Williams, who could not be reached by Yahoo Lifestyle, told WIVB. However, Williams says she’s not an “anti-vaxxer.” 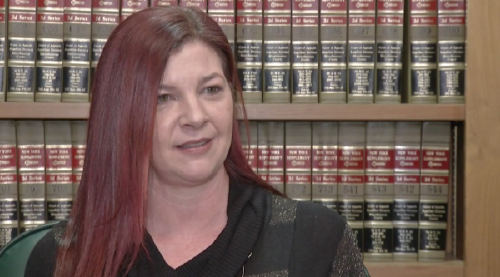 Marina Williams of East Aurora, N.Y., refuses to vaccinate her children and she’s fighting their school district to accept them.

Following New York state law, students attending public, private or parochial school must be vaccinated. There are religious exemptions in cases where parents “hold genuine and sincere religious beliefs” against vaccination; however, schools have the authority to reject certain cases.

Williams filed a stay in court, which was denied by the Department of Education. Now, she and her attorney, Frank Housh, are appealing to the commissioner of education, a process that could take anywhere from six months to several years. The teens have not attended school in two months.

Housh tells Yahoo Lifestyle that Orchard Park flat-out rejected the family’s request without following necessary steps. “It’s an abuse of discretion and we’re appealing that in court,” he says.

In court documents filed Feb. 6, Housh argues that the district quickly rejected the family’s exemption without investigating and are breaking state law by not providing alternative education such as homework or tutoring. He alleges that the district threatened to call Erie-County of Child Protection Services and have the girls removed from their home and that in December, the girls had blood drawn, following one state law that prevents the school from kicking them out due to their immunization status.

“New York has mandatory education laws and the school is simply washing their hands of these children,” Housh tells Yahoo Lifestyle.

Williams’s particular religion isn’t important, according to Housh. “Families don’t have to follow a particular organized religion in order to refuse vaccination and the school can’t hold a religious trial,” he tells Yahoo Lifestyle. “Williams has a deeply held fundamental belief that spans generations.”

The Orchard Park Central School District superintendent’s office tells Yahoo Lifestyle: “A school district has no duty more important than protecting the health, safety, and welfare of its students and staff. Ensuring that the immunization requirements under state law have been met is critical to carrying out this duty. The New York State Commissioner of Education has denied a request to allow unimmunized students living in the district to attend school while they seek an exemption to the state public health law requirements. Because this matter is now before the court, it would be inappropriate to comment any further.”

Everything we know about, Meghan Markle, surprise trip to NYC