To the fact that pregnant women can suddenly burst into tears, society is condescending. But if a woman who has recently given birth to a baby, will catch herself thinking that she has a hard time and wants to cry, then it is difficult for her to count on the understanding of others.

Nevertheless, a decline in mood soon after childbirth, accompanied by tearfulness and resentment, occurs in 80% of women. Why does “postpartum blues” happen, is it possible to cope with it and how does this state affect the relationship with a man, said clinical psychologist of the Novosibirsk Perinatal Center, Ph.D. Tatiana Skritskaya.

Active and emotional women are more prone to postpartum depression

It is known that during pregnancy, women are unduly sensitive. And what happens to the female psyche after the birth of the child?

Changes that occur with a woman after the birth of a child are associated with the characteristics of the hormonal background, lactation, the need to seriously change their lives because of the care and upbringing of the baby. True depression, which lasts for months, years, rarely occurs after delivery. According to statistics, it suffers less than 1% of young mothers. But very often after birth there is a decline in mood, which is called “postpartum blues”, it can begin on the 3-4 day after the birth of the child and persists for a week or two. 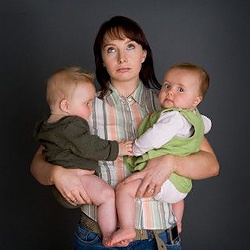 But this is not depression as such, but the condition when a woman becomes emotionally more sensitive, she may show tearfulness, touchiness, fatigue. And about 80% of women who have recently given birth to children have this condition in different degrees of severity. It is more pronounced in women, which in principle are more emotional and prone to frequent mood changes. In addition, mood decline often occurs if there were any complications during labor, then the condition is more pronounced and can last longer. In the usual case, when everything is all right, such irritability, fatigue, tearfulness quickly passes by itself – after 10-14 days.

And if it does not work?

If it does not, there is a possibility that this is a true depression. It is usually inclined to women whose mothers have had depression or long periods of reduced mood. And also women who had depression before the birth of a child. 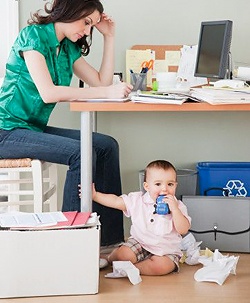 The state of apathy is often manifested in women who have difficulty finding a home that can not be without social realization. Here it is not so much depression, as in the inability to imagine a new way of life in the role of the mother, find yourself in it and realize.

When deciding on the birth of a child, even before conception, it is worth asking yourself: how will I spend time after the birth of the child, will I be comfortable in the role of mother and wife? And if a woman wants to give birth to a child, but does not see herself as a mother who is involved in raising a child and a household, naturally, it will be very difficult for her and sometimes even intolerable to be at home. Therefore it is very important to plan the birth of children, and if a woman – or a couple – has fears and fears, then with the birth of a child it will be more correct to wait a year or a year and a half.

Often women complain about the lack of assistance from the father of the child. This can be one of the causes of depression or “post-natal blues”?

It is very important to understand the expectations that the woman has for the behavior of the child’s father after childbirth. If a man works, then how much time can he spend at home and how can he help in the management of the household and the care of the child?

The position of the woman “I am engaged in a child, and everything else you do” is non-constructive and leads to conflicts in the pair.

If the free time and energy for a man is enough, he can cook, clean, wash – it’s great. If he is not ready to take on some of the household duties, then the woman will have to think about how to deal with them independently. In this case, it is important for a young mother to adjust the daily routine, learn how to take care of a child and fulfill her duties in the household. All young mothers need to prioritize – there are cases that need to be done necessarily, there is something without which you can do without. For example, there is a fuss that diapers and children’s things need to be ironed on two sides, otherwise a woman does not try to be a good mother enough. But in fact, for a child, the mood of the mother and her ability to care for him and bring up with joy is much more important. Especially now it is recommended to iron only those diapers,

It is important that a woman has time to engage in a child, enough to rest and sleep. If a child is restless and does not allow a woman to sleep at night, then it is worth negotiating with her husband, alternating. Traditionally, in the first month after childbirth, in all cultures it was accepted that a woman was helped with housework. In order to be able to recover after childbirth. 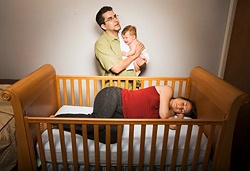 How does a woman’s grave condition affect her relationship with her husband and the child?

There are studies that show that the child is very sensitive to the condition of the mother and this affects his character in the future. If the mother has difficulties in caring for the child in the first year of the baby’s life, the child will grow more restless, will be more demanding of the attention of the mother, in future such children have difficulties in adapting to the kindergarten, communicating with peers, e. For the full-fledged physical and psychological development of the child, family relations and the emotional state of the mother in the first years of the baby’s life are important. The emotional state of a woman also affects the relationship with a man.

For example, often, if a man is eliminated from caring for a child in the first years of life, then when the baby goes to the kindergarten, the marriage breaks up.Because the wife does not see the possibility of further life together.

In marriage, it is very important that both spouses make a feasible contribution to family affairs. If only a woman is engaged in the upbringing of the child and the life of the family, and the man enjoys the benefits of family life, but does not strive too much to help, then the woman ceases to arrange this quickly enough. In this scenario, a man may be surprised at the woman’s desire to stop living together.

How can a woman help herself in a depression situation?

If a woman knows that she will have difficulties finding a home on maternity leave, if she has had long periods of bad mood before giving birth, this is an excuse to turn to a psychologist or a psychotherapist and at least talk about it. After the birth of a child, you should not give up any help that the relatives offer. The only thing I want to pay attention to is better if it is help with housework, rather than helping to care for a child. Because the first weeks of life – the best time to establish relationships with the baby, learn to understand it, take care of it.

It Was an Ectopic Pregnancy Loss 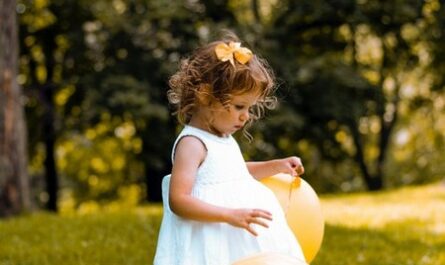 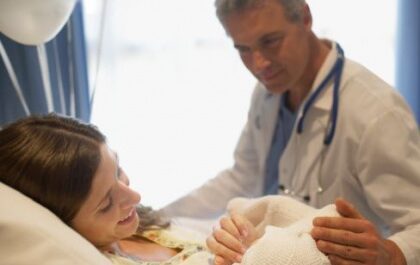