Miranda Kerr has given birth to her first child with husband Evan Spiegel.

The model and Snapchat founder welcomed a bouncing baby boy into the world on Monday, TMZ reports. They’re said to have named him Hart, after Evan’s grandfather.

The tot is the first child for the couple, but Miranda has a 7-year-old son named Flynn, with her former partner, Orlando Bloom.

When the news was announced last year, a source told E! News:

“Miranda, Evan and Flynn are looking forward to welcoming the newest member of their family,” Miranda Kerr shares her pregnancy wellness mantras and her secret for beating stretchmarks

Miranda mentioned in a 2017 interview that she and Evan were waiting until after-marriage to try for a baby: “I’m not planning for a child yet. Not until after we get married. My partner is very traditional. We’re just waiting.”

The couple got married in May 2017, in what was probably one of our favourite A-list ceremonies. Forty-five people gathered in the backyard of their California home to celebrate.

Miranda wore a jaw-dropping Dior gown custom-made by Maria Grazia Chiuri for her, and the ceremony was photographed by Patrick DeMarchelier for Vogue. It doesn’t get any chic-er than that, does it? 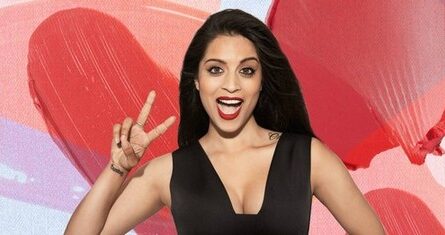