Jourdan Dunn, Adriana Lima and Gigi Hadid have all spoken about their love of boxing for keeping them in Victoria’s-Secret-runway shape. And literally nobody is doubting its power to sculpt ridiculously hot bodies.

But boxing doesn’t just whip you into shape, it’s amazing for calming your mind, too. Which is why it’s become the latest mindfulness technique celebrities are turning to to combat whatever stresses the very rich, famous and beautiful deal with.

Personal trainer Maci from boutique boxing studio KOBOX, (a regular haunt of Jourdan’s, FYI) says boxing is the ultimate mindful activity, with benefits that stretch far beyond the physical.

Firstly, it’s a great de-stresser. After a rubbish day, who wouldn’t feel better by punching out all their aggression on a bag (pretending it’s that horrible ex/boss/seat stealer on the bus)? “Almost any form of moderate to intense physical activity can decrease stress,” says Maci. “This is because exercise increases endorphins and boosts mood.” 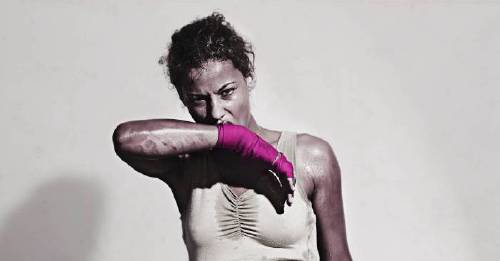 When you really get in the zone, you not only feel like a total boss, you also get benefits similar to a meditation session. “Boxing works as a form of meditation in the way that it forces you to be in the moment and leave all your worries behind for the duration of your workout,” Maci explains.

“During a boxing workout, you typically transition between high-intensity bouts of exercise and moderate-intensity recovery periods. When you’re pushing yourself through a couple of minutes of high-intensity punching, you don’t have much mental power left to worry about anything else. Even during rest periods, you’ll be focused on sucking wind and mentally preparing for the next round.“

Boxing could also be the ideal solution if you have trouble sleeping. “If you just sweat out your frustrations and let out some aggression in a healthy way, you’ll sleep like a baby,“ says Maci.

Below, Maci shares seven moves you can do at home to beat day-to-day stresses. 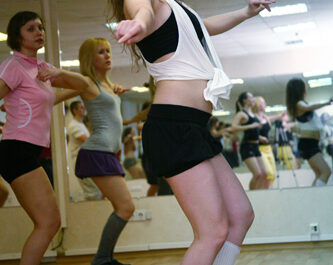 The incendiary Jamaican dance is gaining popularity, from which cellulite and excess weight disappear