While we all need a rom-com or chick flick in our lives every now and again, sometimes we just need something a bit more captivating. There’s of course the Agatha classics Death on the Nile and Murder on the Orient Express, but not all mystery films are murder mysteries.

Take the 2009 film adaption of Dan Brown’s bestselling novel Angel and Demons, which sees professor Robert Langdon (Tom Hanks) following a trail of ancient symbols in order to prevent the Illuminati’s deadly plot against Vatican City. Or the 2003 movie The Life of David Gale, which centres around a respected death penalty opponent who finds himself on Death Row.

Three days before his scheduled execution, he agrees to give an exclusive interview to reporter Bitsey Bloom (Kate Winslet).

There’s something about a good mystery movie that we all love. Whether it’s the classic Agatha Christie detective adaptions that dominated, well, most of the 20th century, or the more contemporary nail-biting thrillers, we just can’t get enough of an enthralling mystery flick. 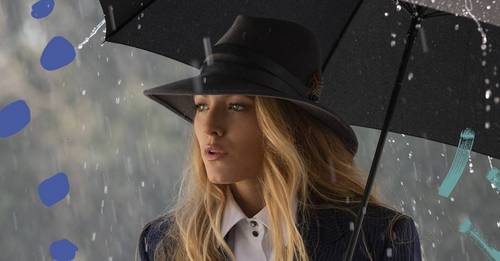 Maybe it’s the fact we all love to play armchair detective, donning our best sleuth personas and desperately trying to figure out the whodunnit before the grand reveal. Or maybe we all just love being on the edge of our seats, letting ourselves be totally immersed in the twist and turns of a mind-bending plot for a few hours.

But mysteries don’t necessarily have to be super dark and gritty. If you want something a little more lighthearted, try A Simple Favour starring Anna Kendrick and Blake Lively (what a duo, right?), a mystery-comedy about a woman whose best friend suddenly disappears.