Back in the day, small-town charm and “big city” excitement met up just west of Toronto.

By Paul Cleland, Our Canada

As I discovered while researching my hometown, in the 1800s, Mimico, Ont., was originally known by the First Nations People as Omimeca, meaning “the resting place of the wild pigeons.” The passenger or wild pigeon is now extinct, but its memory lives on in the name Mimico.

Situated to the west of Toronto, Mimico began to develop in the 1890s below Lakeshore Boulevard, where many of Toronto’s wealthiest families built their summer homes. A few of these homes still exist today, but most were lost to further development after the Second World War.

The town truly began to grow as a year-round community in 1906, when the Grand Trunk Railway opened its Mimico Yards. The need for nearby housing, as more railway workers and their families arrived, led to a building boom. As the yards took root, so did the community. 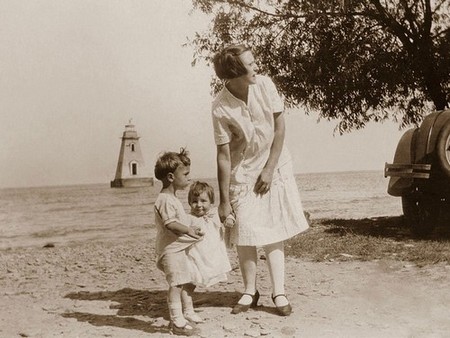 Mimico was incorporated in 1917 and retained its town status until 1967, when it was amalgamated with the borough of Etobicoke. In 2001, it became a community within Toronto.

Our family of three moved to Canada from the United States in 1925, and Dad built a home on the northern edge of Mimico. Over the next 14 years, seven more children were born into our family, and we all attended George R. Gauld Junior School and Mimico High School. We also attended church in town, had paper routes and other jobs, and brought home our respective boyfriends and girlfriends to meet our parents. In short, we kids all grew up there and what a wonderful place and time it was.

One fun memory I have is our annual summer trip as a family to Sunnyside Amusement Park on Lakeshore Road, which was essentially a waterfront playground offering rides, games, swimming and much more. For decades, it was a tremendous attraction for locals and visitors alike. The amusement park met its end with the construction of the Gardiner Expressway in the mid-1950s, but it is not forgotten.

Once all of us kids were grown up, Mother sold the family home in 1958 and purchased a large house on High Park Boulevard that had once belonged to a former mayor of Toronto. Our old house was torn down and a duplex built in its place. I was left with nothing but fond memories of our old community.

Bunnock 101: A Beginner’s Guide to the Best Game You’ve Never Heard Of