Other fans were quick to comment on Millie’s hair transformation, with one saying, “Millie is that you? ❤️✨”

Another wrote: “seriously need more photos of this look😭”

While another compared the actor and philanthropist to another celebrity, “Totally thought that was Shenae Grimes!”, a 31-year-old Canadian actor who has starred in the likes of 90210 and Scream 4.

This isn’t the first time that Millie has resembled an A-list celebrity though, or Ariana Grande for that matter. In May, earlier this year, Millie’s makeup artist Kelsey Deenihan Fisher posted a snap of the actor with her hair slicked back into a high ponytail. With a winged liner makeup look and sleek hair, she really resembled Ari.

And a month earlier in April she posted a TikTok video where fans were quick to point out just how much she looked like the famous singer.

In Millie’s TikTok video, posted earlier on in the year, her hair was swooped up into a high ponytail with a dramatic side parting, framing her face perfectly. As she turned her head to the side we got a few glimpses of her blonde highlights through her brunette pony. As well as her sleek hair, Millie rocked a smokey eye and some false eyelashes.

Look familiar? Her fans were quick to point out that the actress looks just like Ariana Grande – and they’re not wrong. 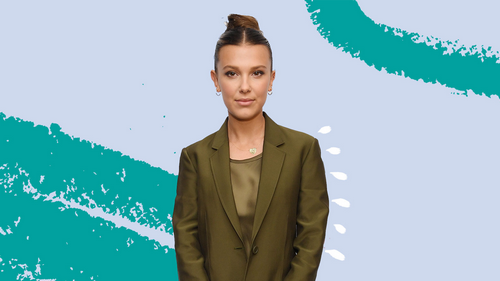 As Cosmo noted, One excited fan wrote: “GOD IS A WOMAN AND HER NAME IS MILLIE BOBBY BROWN”.

As well as pointing out her likeness to Ari, fans were quick to note that Millie had censored her TikTok name in the video (which she posted to Instagram), alluding to the fact that she’s now got a private account.

It comes after Millie deleted her entire TikTik account back in December 2020. Fans took to the comments section of Millie’s video and discussed the reasons she might want to keep her TikTok account private.

“ITS SO WRONG HOW PEOPLE HAVE HATED ON HER TO THE POINT WHERE WE CANT SEE HER TIKTOK ACCOUNT’S USERNAME”, wrote one.

We are pleased Millie Bobby Brown has found a balance that works for her public and private lifestyle and we’re desperate for her to serve more Ari and celeb-inspired looks.