We love getting wind of a new beauty trend fresh from the catwalk, and the Dior show at Paris Fashion Week served up just that.

We went backstage at the iconic show and delved into Dior Makeup Creative Director, Peter Philips’s, kit to discover exactly how we’ll all be wearing our makeup next year.

Maria Grazia Chiuri, Dior’s Creative Director Of Womenswear, was inspired ‘by heroines of contemporary dance’ through the ages from Isadora Duncan to Martha Graham. The show celebrated the freedom and liberation of movement and the strength and energy of the body in motion. 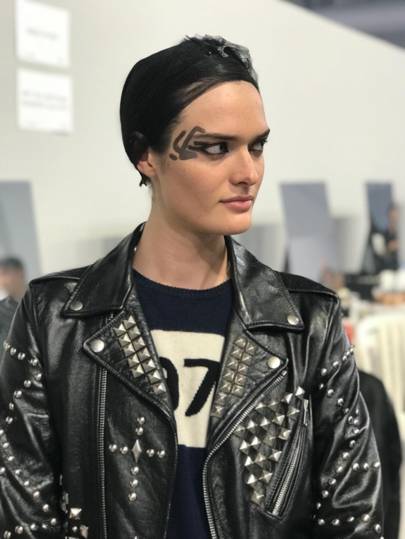 The makeup look was inspired by Israeli choreographer, Sharon Eyal, who choreographed the dance in the show.

Peter Philips, Dior Makeup Creative Director, was directly inspired by the dark lines Sharon draws on the outer corner of her eyes. “They’re freehand movements with liner,” he told us backstage.

On models, it translated as a natural, glowy skin finish as if the models had been dancing. 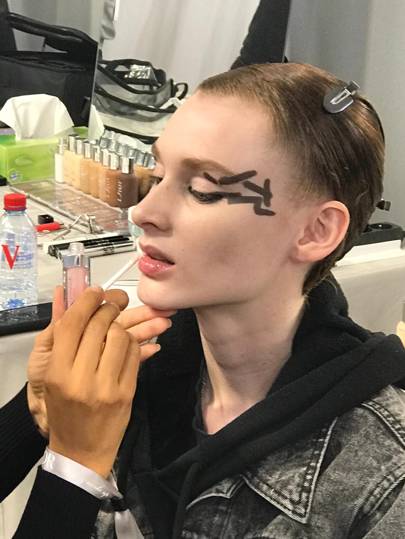 The glow was created first with a primer with the DiorSkin Forever & Ever Wear Makeup Base, followed by the Dior Capture Youth Glow Booster serum to give skin a sheen, and then perfected with the sheer natural finish of Dior Backstage Face And Body Makeup.

“No highlighter or contour marks the return to a naturalism,” he said, adding that we sometimes have to go to the extremes of highlight and contour to appreciate just the opposite.

“Contour isn’t over because girls love to play with makeup but it’s like the 80s; the shoulder pads became so big but we had to go through that phase for a return to natural. It’s the same with makeup. You have to push the limits to see how far you can go before you go back.”

Peter wanted the liner to look as if it had been left on and lived in for the night so asked the models to squeeze their eyes closed after he applied it. We’re dubbing it ‘Midnight makeup’, which is worn in but not slept in. Sultry.

DiorShow Kohl was artfully smudged along the bottom lash line and elongated at the inner and outer corners. Then, on ten girls, he drew the freehand doodles on the outer corners in DiorShow Pro Liner Waterproof.

We can’t wait to emulate the look ourselves at home. 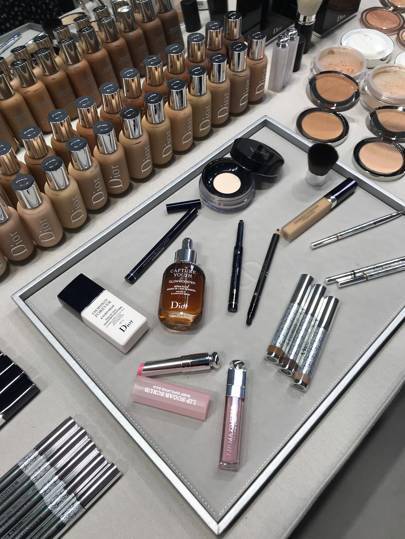 Lips were just given a glisten with Dior Addict Lip Maximizer in 001 Pink and hair was scraped back into a modern take on the ballerina bun with hair flat to the head and a double Dior band. We’re calling it – it’s next season’s must-have hairband.

During the dramatic show, the dancers pulsated to the rhythm and beat through different dance genres from lyrical ballet to modern contemporary dance as models walked through their formations on a giant square dance floor rather than catwalk.

So will you be trying out midnight makeup yourself? 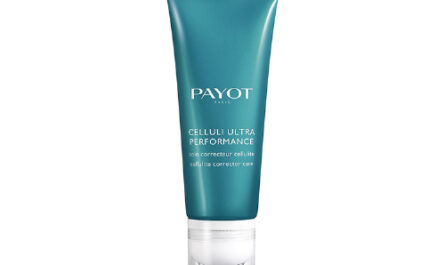