This modern-day minefield has more emotional ups and downs than an Adele album, and more fallouts than a Grammys afterparty. Want to escape volunteering as tribute? Too late, you’re already in the arena.

Want to play a game? Grab your glitter because it’s time to put your war paint on, and camouflage won’t help you on this battlefield.

We’re going to a place where aesthetics = amo, selfie skills are artillery and every second is crucial when it comes to getting ‘the shot’.

It’s called Instagram. For many of us, that seemingly innocent photo-sharing app has become a mentally challenging obstacle course thanks to LOBL (living our best lives) pressure and the validation that comes with it. The quest for hearts used to be straightforward – when a like actually meant a like – but the game has evolved and so have the players. 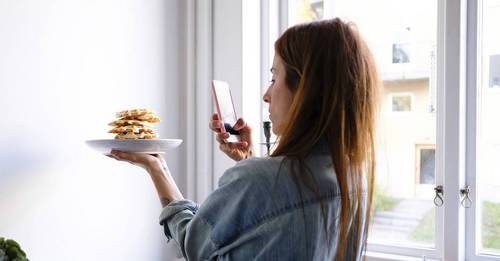 In 2019, dive beneath the over-saturated, over-filtered surface, and you’ll find yourself in a dark underworld of tactical follows, shadow Stories stalkers and clever comment traps. Nothing is as it seems. Who really loves your posts, and who’s double-tapping your pasta shot just so you’ll do the same for their cringe couple selfie?

You see, behind every ’gram move lies a minefield of strategies and challenges that can test friendships, pit colleague against colleague and incite genuine panic.

The only way to survive is to know your allies from your enemies – the traits they possess and the cards they play. It’s time to talk #Insta-tactics…

Allies are essential in a game where likes and follows are the symbol of status and power. Every time you break into a new hundred with your follower count, you enter another level of superiority (until you reach 10,000, of course, and thereafter your success is measured in thousands).

Tit-for-tat relationships can mean guaranteed hearts, essential for reaching your next target, whether it’s more followers, an increase in likes or even making it onto the Explore page. So even if you don’t really like the lift selfie they took, and they can’t stand it when you tell your life story in a caption, you have the unspoken promise to always double tap no matter what. They’re your besties (and your mum) in real life, but blood brothers and sisters on the feed.

Facetune, Perfect365, AirBrush – these are the weapons of the Smooth Operators. They’ll say it’s good lighting, the right angle and some fancy new phone, but really, they’ve just altered their selfie with one wave of their Facetune fairy wand – skin is smoothed, tummies are tucked and butts are lifted for the sake of likes (and sadly, it works). They can turn Lambrini into Moët until they become so drunk on their own power that they begin to over-edit, to the point where their feed features an entirely different person. If you know one IRL, they’ll also transform group pics, even if permission is pending. That said, everything that goes up, must come down, and one warped wall (a classic Photoshop fail) can break trust between teammates. Tweak at your own peril.

These silent participants may think they’re invisible, but no one can hide on the ’gram. More foe than friend, they constantly pop up as a viewer of your Stories – but when it comes to likes, comments and follows, they’re nowhere to be found. And these phantoms are powered by passive aggression. Yep, they’re scrollin’ and hatin’.

They’ll see you went to a party on Saturday night and will take their #HarshTag attitude offline by slating the venue, the outfits and the ‘tragic’ people who went. Sad? Yes. Hurtful? 100%. Block them – if you have the balls to strike the ultimate Insta blow. Or, simply unfollow. Believe it or not, that is an option. After all, there’s no need to have someone so sneakily spiteful popping up in your feed, reminding you of their existence.

These heaven-sent support systems will shower your photos in star emojis, sassy ‘yasss queens’ and pink hearts till they’re blue in the face. But it’s not just posts they’ll pour over, you can expect the same mega praise across your stories – even the rubbish ones. This saint-like behaviour usually comes from brand-new followers, as everything you do will appear first in their feed for a few blessed weeks. But beware: you won’t keep your Hype Girls for long, unless you repay the favour.

And so begins your own fake-ass remarks: ‘That skin! How are you real?!’, ‘You need to tell me where those boots are from NOW’ until one (or both) of you grows tired, and you downgrade to Double-Tap Teammates. Like a rainbow star power boost in Mario Kart, the effects of a Hype Girl are phenomenal but short-lived. However, you never stop searching for new ones, believing that with their collective social support, you’ll be propelled into a higher following bracket, and welcomed to a new level of Instagram dominance.

Ever apply that classic cheat code to make your Sims avatar a trillionaire? Of course you did. The same shortcut to the top can be bought on Instagram in the form of faux followers, comments and likes. But these paid-for bots cost real money and are faker than a Gucci bag in a dodgy street market. How to spot them? Generic comments (‘Yes girl!’, ‘Love this!’), duplicate posts, follower fluctuations and a huge spike in likes an hour after posting.

These frauds not only compromise the integrity of the game, but can make you feel lower than your standards after four espresso martinis. Guards of the ’gram are trying their best to block the bots, but this only makes hackers ha-ha as they disguise their troops better, sending them in to storm the castle undetected. Stay alert. Stay vigilant.

Now you know your enemy from your allies, and your Hype Girls from your Insta bots, your pathway to glory is more easily paved. But at what point do you actually achieve acclamation? 1,000 followers? 50k? A million? When Chrissy Teigen and John Legend finally follow you back? The thing with Instagram is that there is no winner. As long as we’re active on the app, we’re taking part in a never-ending tournament. And as frustrating as all the tactics can be, you can’t hate the player if you’re happy to play the game.

Here’s how your toilet habits are completely destroying the planet