The documentary will appear on ITV and is filmed by broadcaster and friend of the Sussex’s, Tom Bradby, who has said on Twitter, “Just finished filming a documentary on Harry and Meghan in Africa. I think it will explain a lot when it airs.”

In the wake of the Duke and Duchess of Sussex launching legal action against The Mail on Sunday – after they published a private letter Meghan sent to her father – the royal couple are set to release a documentary of their South African tour.

It comes at the end of the royal tour after Prince Harry released a highly personal and powerful statement saying the treatment of his wife by the British Tabloids was “history repeating itself,” as he drew on his own experiences of watching his mother, Princess Diana. “I’ve seen what happens when someone I love is commoditized to the point that they are no longer treated or seen as a real person,” the Duke said. “I lost my mother and now I watch my wife falling victim to the same powerful forces.”

Harry concluded by saying there comes a point when the only thing to do is to stand up to this behaviour, because it destroys people and destroys lives. “Put simply, it is bullying, which scares and silences people. We all know this isn’t acceptable, at any level. We won’t and can’t believe in a world where there is no accountability for this,” he said. 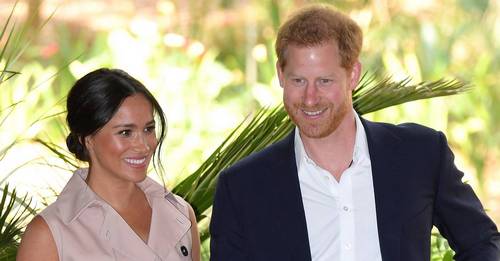 However, in stark contrast to the change in dialogue around Meghan that the statement wished to create, Piers Morgan decided to continue the bullying. Writing for The Daily Mail, the Good Morning Britain presenter said, “Stop playing the victim, Harry – you and Meghan brought the negative press on yourselves, and just when you turn things around, you ruin it all.”

Let’s hope that the documentary is another step towards changing the negative treatment of the couple – specifically Meghan – in the tabloid media. When Meghan spoke at the beginning of her tour in Nyunga, it was a powerful historical moment for the monarchy to have a woman of colour speaking so powerfully on behalf – and crucially as a member – of the royal family that should be celebrated not mocked, for instance, “And just on one personal note, may I just say that while I am here with my husband as a member of the royal family, I want you to know that for me I am here with you as a mother, as a wife, as a woman, as a woman of colour and as your sister.”

That statement was just one of the progressive things the pair have done to change lives and conversations. Meghan’s work for Smart Works, a charity which provides interview clothes and training for women in need, is a key example of how she is using her platform to empower others. Put perfectly by the Duchess herself, “empower another woman and be part of her success story. Not a handout, a handheld.”

Let’s hope this documentary provides the opportunity for us all to empower the Duchess of Sussex and the opportunity to hold her hand through this period of mass bullying.

The documentary will be released shortly on ITV.