According to the Sun, Markle’s business manager, Andrew Meyer, recently filed to renew the trademark for The Tig, the lifestyle blog she started in 2014 as a “hub for the discerning palate – those with a hunger for food, travel, fashion, and beauty.”

She shut it down in 2017, just a few months before meeting Prince Harry.

Meghan Markle, The Duchess of Sussex has been busy lately, to say the least: She casually guest-edited the September issue of British Vogue while on maternity leave – and then came back last week from said maternity leave wearing pieces from a capsule collection of workwear she designed for charity. She’s been dedicated to having passion projects to call her own (in addition to her official royal duties, of course), and now people are speculating there might be something else in the works.

Renewing the trademark, which was done through a company called Frim Fram, means that she gets to keep the rights to The Tig’s name until 2021. There’s one other twist to the news as well: The Sun reports that Frim Fram also lists another website under its trademark umbrella called Tigtots. (Hmm!)

This, of course, leads to many questions: Why does she want to keep rights to the name of a blog that’s no longer active? Is she planning to relaunch the blog in a semi-royal capacity? Is there going to be a Tig aimed at parents? What is happening?!

“It’s fascinating Meghan’s business manager has ensured she keeps The Tig for a few more years at least,” a “royals insider” told the Sun. “Of course, it’s understandable she wouldn’t want an entrepreneur using the name without her involvement. But given her desire to be a different type of royal – pushing her own causes using digital and social media – it’s not out of the question she’d think The Tig could play an important role.” 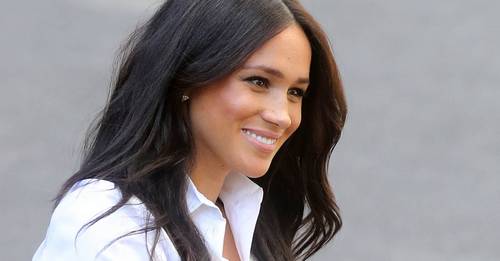 Hopes can’t climb too high for now, however: Markle’s own spokeswoman told the Sun that the renewal was purely for protective purposes: “The lasting trademark is to prevent false branding, to avoid others purporting to be the duchess or affiliated with her.”

Only time will tell what’s really going on, but it’s not exactly uncommon for celebrities to take protective steps like this: Kim Kardashian, Khloé Kardashian, and Kylie Jenner reportedly trademarked their kids’ names recently. Whether it’s the Kardashian-Jenner dynasty or the House of Windsor’s, some extra legal protection is never really a bad thing.

These are the best wireless headphones for running, working out