In an interview with us last year, Megan admitted: “I’m very honest. A lot of people our age play games or put across an impression of how they want to be seen, and then their true colours come out. My mum says sometimes I’m too honest. I’m also very loyal.”

But this honest side of Megan has seen her come under fire over the last few days, while boyfriend Wes Nelson is currently appearing on Dancing on Ice, paired with professional skater Vanessa Bauer.

It’s been widely reported that Vanessa recently split up with her boyfriend, and according to Megan, she has never reached out or invited her to a training session. In a now-deleted Instagram story, Megan criticised Vanessa, claiming the skater couldn’t even look her in the eye.

Social media training expert April Bowden (aka @play_thefield on Twitter and Instagram) says: “Social media has made it possible to share your thoughts and ideas with thousands of virtual strangers, literally within seconds. Megan’s since-deleted post on Instagram will naturally have caused waves amongst her followers due to the nature of it”. 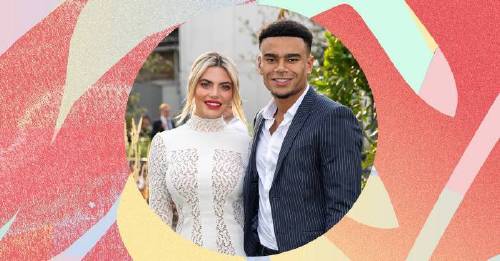 “I’ve had surgery and have anxiety but no one has the right to criticise me”: Megan Barton Hanson pens incredibly powerful open letter to her bullies

Indeed, a major backlash has begun, with one Twitter user remarking “Just seen what Megan Barton Hanson put on Instagram about Vanessa… how insecure and incredibly jealous she must be”.

Speaking to The Sun, Megan explains: “Every woman will tell you it’s not ideal to have your boyfriend spending 12 hours a day with another woman – a little introduction from Vanessa would have gone a long way.”

I can totally see Megan’s point of view. This isn’t a women’s empowerment or feminism issue, it’s about being human. Megan confirms that we all come with our own flaws and insecurities, actually making me love her more. She stands by those comments, telling The Sun “I’m not going to backtrack. I was riled up, I let my passion and anger get the better of me but there’s no manual”.

Yes, so Vanessa being single doesn’t automatically mean she’ll jump on somebody’s else’s boyfriend and she certainly doesn’t deserve to be publicly criticised, but a passionately in-love woman can naturally have envy. And that’s not a crime.

Haven’t we all been there? Attacked by a fit of jealousy, and maybe lashing out with an irrational response which we may regret later? Yet the difference is, for Megan, her movements are watched by 1.8million Instagram followers and the media.

In the same interview, she says: “I don’t want to be a possessive girlfriend. I want her to reach out to me. I’ve had no communication with her for the past three months. I’m not jealous; it is just a lack of respect. I was pushed over the edge.”

Fair enough, these conversations could have been had away from press statements and social media posts. But it is without a doubt totally normal for Megan to find Wes spending so many hours a day with another woman hard. Especially another woman she has not herself had communication with, who’ll be dancing closely with her boyfriend.

During Sunday night’s Dancing on Ice, one viewer tweeted: “Can feel the sexual tension between Wes and his #dancingonice partner… and @meganbhanson is sitting in the front row watching it”. Cameras panned to an unimpressed Megan, zooming in on an annoyed facial expression that may or may not just have been a five second reaction. Again, doesn’t this show she’s simply a human being with feelings?

My argument is though, that even the most freethinking and secure of us could potentially find watching their man get up close and personal with another woman difficult. Shortly after the show, Wes did urge his followers to “give the damn girl a break”, when talking about Megan.

It remains to be seen how this drama will unfold further, but when making a snap judgement or criticising Megan, think about whether you’ve ever felt jealous before. I know I have.

The Roaccutane Diaries, I went on the controversial drug to cure my acne woes

To try the workout Rosie Huntington-Whiteley, and Selena Gomez swear by