Speaking about her first show, Adriana said: “What I remember is that I got in early. I was the first one there and the first thing I did was hair. They had very long, stick-straight hair for the show that year.

“It was Karen Mulder, Laetitia Casta, Stephanie Seymour – all the biggest girls – and it was a big thing for me to do the show. I really wanted to be a part of it and it was like a dream come true for me to do it – one I’m still living now!” she told Vogue. “When I first did my show in 2000, I remember that all the outfits were very, very small! There were barely any wings, compared to what you see now – they had tiny little gold wings,” Alessandra told Vogue of her first show. “It was cute, but now the outfits are so much more elaborate; they’re bigger and bolder and more exciting. There were also way more top models back then and all my muses were there.” The South African model strutted onto the catwalk for the first time in 2007 wearing a winter chic outfit. Candice doesn’t look like a first-timer here, does she?! Candice Swanepoel
Bonus pic! Before makeup for her 2007 debut, you could tell how young the baby-faced model was. 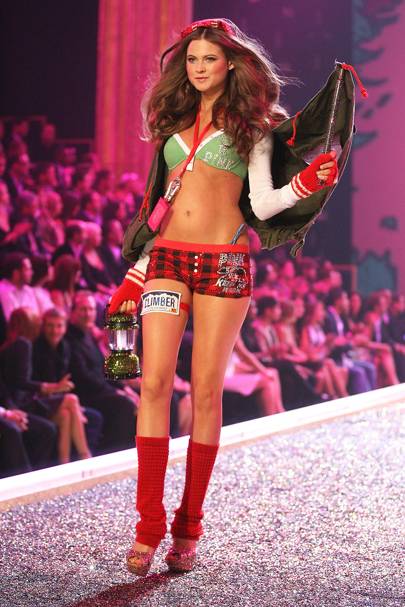 Behati debuted the same year as her fellow South African Candice, wearing a ‘girl scout’ ensemble for her first look of the show. First auditioning for the show at 16 years of age, Taylor finally stepped on to the famous catwalk two years later in 2014 before becoming a fully fledged Angel in 2015. 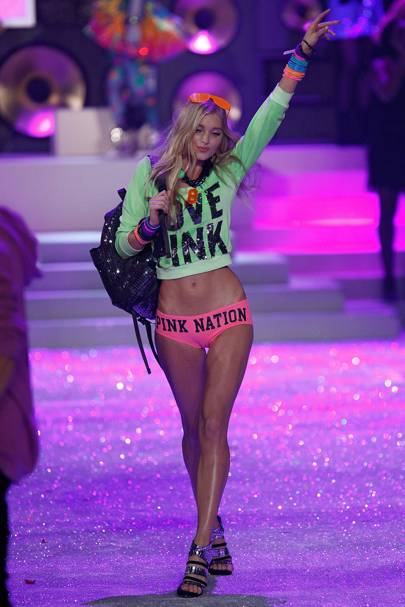 Swedish Elsa made her debut in 2011 walking in the VS PINK segment which she has covered multiple campaigns for since. 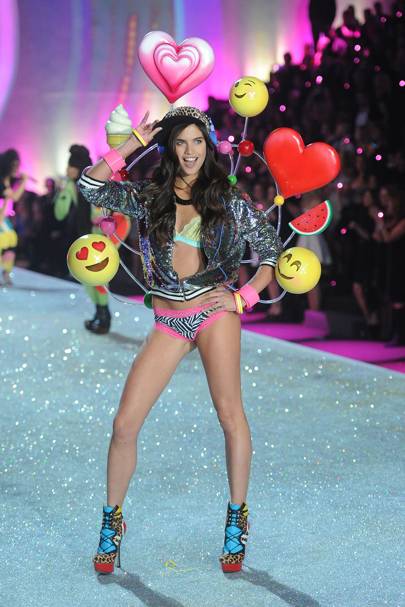 It was third time lucky for Portuguese beauty Sara who secured her spot on the catwalk in 2013 after two unsuccessful auditions.

Chosen as one of the VS newcomers in 2014, Romee was praised by the show’s execs for always smiling.

A VS veteran, Lily has walked the pink runway eight times.

British-New Zealand model Stella explained that she was very nervous before her first VS audition in 2014, saying “I just knew I had a limited amount of time to just give my energy and show them what I have to offer.” Well she must have done something right…

Four years after her VS debut, Jasmine was chosen to wear a $3 million fantasy bra at the 2016 show.

While Martha has walked for over 180 shows fashion shows, she described the VS show as the only one “that matters”. Here she is at her debut in 2013.

Having walked four times for VS since, Danish model Josephine is now no stranger to the catwalk. She stepped out for the first time wearing this adorable ensemble.

After appearing in adverts for the American lingerie brand, Lais made her debut for VS in 2010 and has walked every year since. 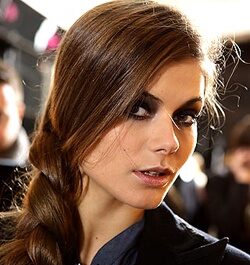 Out of fashion, glosses and sunbeds come out, fashion includes red lipstick and Gothic pallor

Stuck for self-isolation wardrobe inspo? Kylie Jenner is your girl