Any health problems – from aching back to cold – are unpleasant in themselves and bring a lot of inconvenience to those who suffer from them. Well, if the process of getting rid of the pain you like and you are ready to regularly go to the procedures and swallow a handful of pills.

But there are those who prefer to suffer from pain, just not to see people in white coats, especially if the latter are armed with a tool – a scalpel, a gynecological mirror or a dental drill. Why doctors are afraid and how to get rid of this fear, the correspondent of SE learned.

According to a survey conducted at the SHE, only 16% attend doctors without fear, 34% are suspicious of any doctor, but the “worst” of our readers see the dentist, 23% are afraid of him, the second place is the gynecologist – 14%, the scalpel 9% of readers are afraid of the surgeon and 2% chose another specialist as the object of their fear.

The results of our survey coincide with the data of a more massive study conducted abroad. It is the dentist who appears in the minds of most of the cold-blooded tormentors, followed by a gynecologist and surgeon. There is no clear evidence of who is more afraid of going to see a doctor – men or women.

It may seem that women are big cowards, but psychologists suggest that men often do not admit their fear and prefer not to go to the doctor

What is the reason?

Why the overwhelming majority of doctors are afraid? There are several reasons, closely related, each of which can prevail depending on the situation:

Stories of impolite physicians who rude and indecently behave with a suffering patient will be found in everyone. “It’s not a secret that doctors are a special category of people who, due to the peculiarities of their profession, are forced to defend themselves with cynicism and rigidity,” explains the psychologist, the director of the LAD Center Alexander Zhukov, explaining the behavior of doctors. –

As a result, it is not always comfortable to come to the doctor precisely because of the danger that he will be rude, stiff and, maybe, even cruel. And most likely a person is afraid not of physical pain, but of a kind of psychological violence against a person. “ 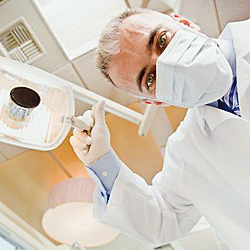 It is unpleasant, when doctors start to be sarcastic, to be interested in a trembling patient, what she thought before and how she brought herself up to that awful state in which she is now. The idea that the doctor thus tries to survive in the cruel world of disease, comes much later. Or does not come at all.

“The psychological contact between the doctor and the patient is a third of the success. Now there are so many medical centers, so there is competition, and it should be reasonable. The patient should feel that he is comfortable, that the doctor is interested in his health, “- says Irina Kulinich, dentist-therapist of the center” Zdravitsa “.

Ability to generalize, on the one hand, helps a person to survive, and on the other hand, often hinders. If in a distant childhood the dentist hurt you (most likely, without wanting it), every time you enter the dentist’s office, you will be afraid of a repetition of negative experience. Their role is played by horror stories, which relatives, colleagues and friends like to tell, often exaggerating the emotions experienced. According to the dentist, fear and discomfort remain in the patient’s memory forever. Thus, a conditioned reflex is elaborated – it will be painful to receive a dentist.

Despite the appearance of new drugs and the absence of old unpleasant odors, the number one enemy remained in the dentist’s office – a drill. It is her, according to the dentist, and they are afraid most of all. In this case, the expectation of pain greatly complicates the work of the doctor: “A person is sitting tense, it is necessary to work very carefully with the machine – if it twitches slightly, you can injure both the tongue and the palate. Unfortunately, there are such cases, rarely, but there are, “- says Irina Kulinich.

Fear can drive a patient into a vicious circle – for fear, he postpones the trip to the doctor, thereby only triggering the disease and condemning himself to pain when forced to visit. “There are neglected cases – no matter how hard the doctor tried, some painful sensations are present when performing manipulations. Accordingly, immediately the sensations of the patient return to the level of old memories, and it is already very difficult to arrange it again, “complains the dentist Irina Alexandrovna.

3. I do not control myself

Many people are afraid of visits to a certain doctor because of lack of control over the situation. If you suddenly get hurt during a massage, you will report it to a specialist, and it will work softer. In a gynecological chair, feeling helpless and literally crucified, you can at least report discomfort during the necessary manipulations. In an armchair, the dentist does not even have this opportunity, so you’ll have to moo or desperately wink, in order to convey your feelings to the doctor in time. What to say about the fear of a surgeon, who is entrusted with the most difficult thing – to penetrate into the human body.

And suddenly he had a bad day and he will operate you in a bad mood? By the way, that’s why, speaking of fear of a doctor, they sing out a dentist, gynecologist and surgeon: “A person is most afraid of medical manipulations there, where he is sick most of all, and where they are associated with penetration inside – explains Alexander Zhukov. –

Penetration into the human body has a natural fear and danger. It is such a component that we almost do not realize, but it is present. ”

It should be noted cases of medical unprofessionalism, which a person could face himself or a sign of hearsay. Of course, this can heighten the experience. “Unprofessionalism affects trust – if we trust the doctor, the anxiety decreases, if we do not trust, it increases,” the psychologist explains.

No matter how we would like to be forever healthy and not visit medical institutions, sooner or later it will have to be done. Except for serious cases when the intervention of a psychologist is necessary (he, by the way, also has to be trusted), one can influence the situation independently. Irina Kulinich recommends before a doctor’s visit to drink valerian or motherwort to calm her nerves.

In addition, you can seduce yourself with a gift that you will reward yourself after a visit to a doctor. Psychologists note that fear of a doctor can disappear as soon as there is a nice and attentive doctor who can smooth out all the negative experience that he experienced before. “The simplest thing is to choose a clinic where you trust specialists and where a high level of culture and ethics is maintained,” Alexander Zhukov recommends. 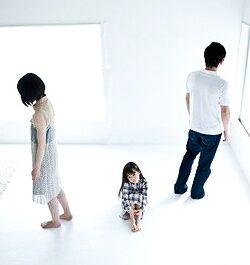 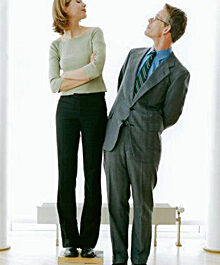