BBC and HBO have just released a gripping new teaser trailer for the upcoming adaptation of His Dark Materials, which will see the global best-selling novels adapted for TV for the very first time.

If you’re nursing a Game of Thrones-shaped hole in your heart after the epic season finale, prepare for a brand new TV addiction, because another fantasy series that will satiate your need for dark magic, political intrigue and fantastical beasts is on its way.

Based on the fantasy trilogy of The Northern Lights, The Subtle Knife, and The Amber Spyglass by Philip Pullman, His Dark Materials follows the story of orphan Lyra Belacqua in a pre-industrial Oxford, who embarks on a quest to rescue her kidnapped friend.

On her travels, Lyra encounters a cast of witches, armoured polar bears and soul-eating Spectres in parallel universes, as well as a sinister plot involving people’s dæmons, animal sidekicks which are a physical manifestation of the human soul. 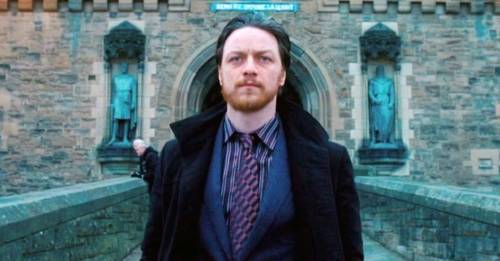 The trailer opens with Lord Asriel (played by James McAvoy) ominously telling Lyra: “You once asked me what evil was. There are things that you’re better off not understanding.”

“[His Dark Materials] has been interesting, as we are twisting that a little bit,” director Otto Bathurst revealed to Metro. “We are modernising it a little bit, making it feel a little bit more accessible. The books are quite Victoriana in their fantasy, but it’s pretty on the nose – there are a lot of fans of that book and it’s a great book so why mess with it?”

There’s no word on a release date just yet, although we can expect the first installment to air later in the year. Stay tuned!

The ultimate guide to exfoliating your way to gorgeous, glowing skin

How we turned our festival glitter obsession into a booming business