He was right. By anyone’s standards, there are a lot of depictions of my face all over my home. From the ‘wall of me’ in the hallway, where I’ve framed some of the funniest articles I’ve written, to the black-and-white photos of me in my bedroom gifted to me by a talented ex-boyfriend, to the two portraits of my side profile in my living room, there is a lot of self-love in my flat.

“You have quite a lot of artwork of yourself,” said the guy I was dating, as he looked around my flat, taking in the photographs of me and my friends all over the fridge, the oil painting of my face in side profile hanging in the centre of the living room, and another portrait of myself resting on the bookshelves. ‘Like… a lot.’

But it wasn’t always this way. Growing up, I used to hate photographs of myself. Trying to find an appropriate profile picture for MySpace, then Facebook, and finally Instagram, always took hours. I could rarely find a photo where I liked the way I looked. Mainly because I didn’t like the way I looked – in art form or in real life.

The biggest problem was my nose. I have a fairly large, crooked nose that does not look anything like the cute, tiny little straight noses of romcom heroines and models. It meant that for most of my life, I never defined myself as beautiful. I didn’t see how I could be when I had a nose that completely went against society’s definitions of beautiful. And so, for my teen years up into my twenties, I always believed I was lacking in the looks department.

Even when I had boyfriends, or people were into me, I almost felt it was in spite of my looks. It was my bright personality and quick humour that won them over, or even my figure – but never my face. I used to dread them seeing my face in side-profile in case they ‘suddenly realised’ I had a big nose. It’s completely irrational and it seems mad to me now, but it’s how I lived my life so many years.

Until things changed two years ago. With the rise in body positive movements on social media, I started to realise that I didn’t have to hate the way I looked; I could learn to love it instead. At the time I couldn’t find anyone who had a big nose who was trying to spread a positive message around it, so in a sudden fit of inspiration, I decided to do it myself. I started a #sideprofileselfie movement where I encouraged people who didn’t like their noses to take a photo of them in side profile and share it on social media.

Within days it went viral, and according to my followers, I became a ‘big nose queen’. My message, about ignoring society’s beauty standards and choosing your own instead, reached millions. People thanked me for helping them love their big noses, and with each message I received, I started to slowly fall in love with my own big nose. The more my profile was shared around the world, the more I lost my insecurity. If a million people had seen a video I did for BBC Three talking about my big nose, then was it really worth me panicking if a guy I was dating ‘realised’ I had a big nose?

That was exactly two years ago now, and my movement is still going. Dozens of people message me each week on Instagram to thank me, or to ask for advice about their own big noses. It’s so heartwarming and inspiring to hear their stories and see the difference my self-love movement has made to their lives, but the truth is, it’s also still making a difference to mine.

I can now safely say that I truly love my big crooked nose. Last year for my birthday I even commissioned an oil portrait of my nose, which an artist friend – Nicholas Baldion – did for me. It’s now hanging in my flat, and inspired a total stranger – an artist called Richard Phipps – to also do a portrait of my side profile. He gifted it to me, and it’s now also in pride of place in my home.

All of this means that I no longer hide my self-love; I celebrate it. It’s literally all over my home – and my Instagram. Instead of shying away from highlighting my big nose, I now have dozens of photos of it on my social media, and even my dating profiles. It’s something I never would have done before I started my self-love journey, but now, it just feels right. Why would I want to date someone who doesn’t love my nose?

It’s completely changed the way I date, and now I’m so much more confident. I no longer get nervous before a first date, worrying they won’t like me. Instead all I think about is, will I like them? I’ve even discussed my nose on several first dates, because they’ve come across my #sideprofileselfie movement and want to know more.

The truth is that now I finally find myself beautiful, I’m so much freer, and I can actually enjoy dating rather than living in constant fear that they’ll think I’m not good enough. I don’t need a man to validate me – I just want someone who’s going to add to my life. And if someone doesn’t like my nose, or the fact I’m so vocal about self-love, then I have no qualms in saying goodbye.

When the guy I was dating recently made that comment about the amount of art I have of myself in my home, I was able to reply without any insecurity or awkwardness, because I felt comfortable in myself and the way that I felt. “Yes, I do,” I told him. “I guess I just like the way I look. And by like, I mean love.” His response? “I like the way you look too.” 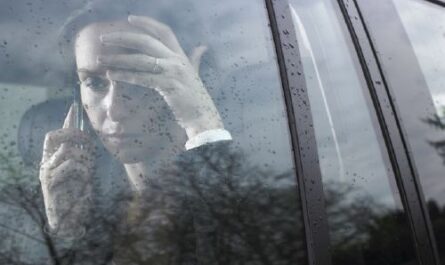 How to tell my mom that her father died? 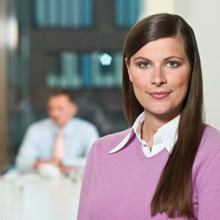