She’s got the most-talked about baby bump in the entire world, but Meghan Markle is not letting the pressure put her off her style game.

We love Lily Aldridge’s fierce cat-eye flick and leopard (AKA the print of the season) dress with a hint of sparkle. As you’d expect from a supermodel, she makes the whole pregnancy dressing thing look effortless.

US singer Carrie Underwood blinged up her bump in a blue sequin number on the red carpet of the CMT Artists of the Year awards in Nashville.

Pippa Middleton gave birth to her baby in October, but her pregnancy style is still worth appreciating. Luckily for her, she showed no signs of the struggles her sister Kate experienced during all three of her pregnancies. This Ralph Lauren wrap dress was the epitome of relaxed elegance.

Eva Longoria is killing maternity dressing right now – not an easy thing when you’re only 5″2′. We’re particularly into her full-length evening looks.

Chrissy Teigen is queen of absolutely nailing pregnancy looks, and this all-red ensemble really got us swooning over her wardrobe.

Behati Prinsloo, who welcomed her second child with Adam Levine in 2018, looked incredible in a silk Gucci mini dress at LACMA 2017.

We had no doubt Brooklyn Decker would nail maternity style. The actress turn entrepreneur is one of the masterminds behind the fashion platform ‘Finery’.

A pregnant Rosie has been stretching her maternity style legs lately. First she wore a pretty pink gown and then she opted for an ultra chic one-sleeved gown for the premiere of beau Jason Statham’s new movie, The Fate Of The Furious. Who said you can’t be pregnant and rock a thigh split?

Rosie Huntington-Whiteley
It’s her first baby but Rosie HW is maternity dressing with the same finesse as if she were on her fifth. We adore this floaty pink dress with her bump.

Natalie showed her blooming bump off at the Golden Globes 2017 and doesn’t she look gorgeous in a Prada dress and Tiffany jewellery.

What better way to show the world that you’re blooming than by swathing your bump in a gorgeous flower print? Molly Sims had the right idea with this £14.99 H&M dress.

Oh hey there, Natalie Portman. As a guest on the Jimmy Fallon show, the actress wowed in a white dress which perfectly concealed her growing bump. She looks positively glowing, doesn’t she?!

It’s not easy dressing a baby bump when it’s hot in the city, but Mila Kunis‘ loose-fitting maxi dress was a chic option.

Such a pretty summer look from Blake Lively – the shape of her dress was super flattering and the floral print was colourful and young.

Another amaze pregnancy look from Blake Lively who wore a body-con dress with cut-out detailing while a few months pregnant.

Anne Hathaway in an embellished tunic dress for the Vanity Fair Oscars 2016 after-party.

15 out of 10 to Emily Blunt for choosing this beautiful Prada dress to the Oscars. The empire line shape flattered her bump perfectly.

Chrissy Teigen brought her pregnancy chic to the Oscars 2016 red carpet in an embroidered gown.

Chrissy Teigen‘s pregnancy was a style triumph. She quickly became our favourite stylish pregnant celeb, and showed off her bump with pride at every occasion. We love the grey midi dress and khaki jacket combo she has going on here!

Kim Kardashian stuck to neutral tones and casual shapes during her second pregnancy, and we think she looked great throughout.

At the Vogue Fetes 120 in LA, Jaime King showed she was the queen of the bump, dressed in a graphic mini and lace-up cage shoes.

Attending The Strokes gig in Hyde Park, Fearne Cotton dressed her blooming baby bumb in a pretty summer dress and studded cardi. This is how to pull off black in the summer time.

Woah. It’s safe to say, Coco Rocha maintained the rest of her figure while preggers. She looked totally gorgeous in a simple black dress during the Mad Men NY screening.

Pregnant with son James Wilke in 2002, SJP – able to celebrate her bump off camera – lost none of her sartorial flair. For Sex And The City’s series 5 premiere, she opted for this ultra-flattering, empire line cocktail dress accessorised with a touch of sparkle. 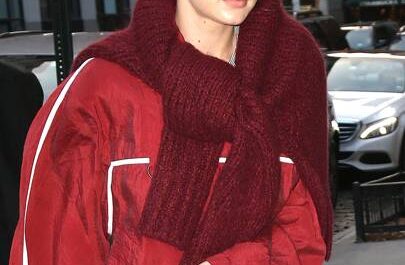 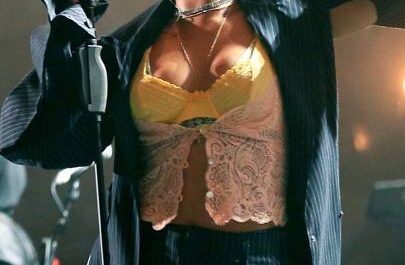 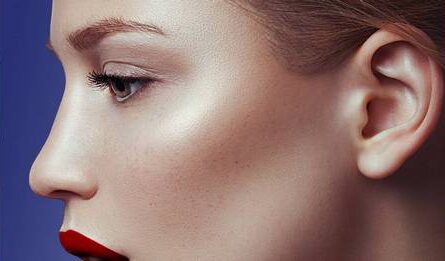 Spots in your ear are a thing, and here’s how to get rid of them