I have my own experience of the systematic racism that exists in every part of society. I have been confused for my other Black female colleagues in Parliament countless times; each time a reminder that our skin colour matters more than who we are and what we say.

The key now is not to let the movement and its momentum fade away. Racism is a systemic problem that and will require systemic solutions

The tragic murder of George Floyd by a white police officer in Minnesota USA ignited a global show of solidarity through the Black Lives Matter protests.

Thousands of people from different backgrounds have come together to demand fundamental change, take a knee, and challenge racial injustice in Britain. In this country, Black workers with degrees earn almost a quarter less than their counterparts. Black Caribbean children are three times more likely to be excluded from school. You are 40 times more likely to be stopped and searched if you are Black, and disproportionately more likely to die in police custody. 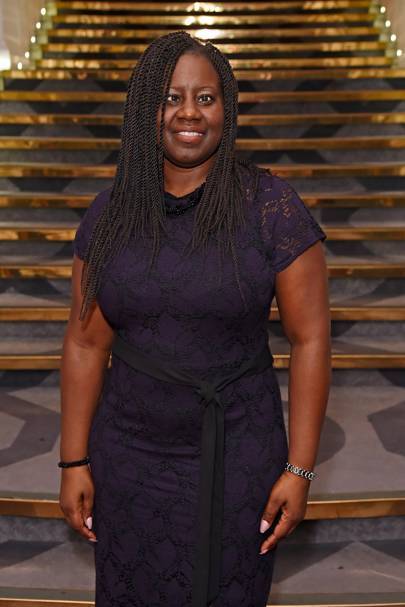 The Black Lives Matter movement is making a significant impact in raising awareness and public consciousness. A recent poll by ‘Hope Not Hate’ found that the British public are ready for a more progressive debate on racism in the UK.

The key now is not to let the movement and its momentum fade away. Racism is a systemic problem that and will require systemic solutions. The time has come for lasting change.

But the Prime Minister’s recent announcement of yet another new commission to look at racism and discrimination, is not the action that we need. Almost two weeks after it was first announced, we still do not know its terms of reference, who will chair it, its name or even its membership.

Over the last three years, there have been numerous Government-led reviews which if listened to could significantly change the lives of Black and Ethnic Minority people. This includes the Lammy Review, which contained 35 recommendations on reducing racial disparities in the criminal justice system, the McGregor-Smith Review on race in the workplace, and the Timpson Review into school exclusions. But across the board, the Government has failed to do a decent job of implementing their recommendations.

The Coronavirus crisis continues to expose deep-rooted systemic racial injustices in our society. ONS figures show that Black people are three times more likely to die from Covid-19 than their White counterparts.

As yet the Government has failed to implement vital recommendations from Public Health England, which would save and protect the lives of Black and minority Ethnic people at risk. This includes accelerating occupational risk assessments for BAME people, across workplaces. The countless families who have lost loved ones, and their communities, should not be made to wait any longer for these changes to be made.

What is clear is that we don’t need further reviews, consultations or commissions to solve racial inequality in this country. We need action.

We need a Race Equality Strategy that sets out plans to reduce the structural racial inequalities faced by black people in Britain and seeks to fundamentally change the systems and institutions where these disparities exist. This includes introducing mandatory ethnicity pay gap reporting so that companies are held to account for racial disparities in its workforce. We need fundamental reform to the national curriculum, so that it includes an honest account of colonialism and the transatlantic slave trade.

The legacy of British colonialism and its role in the slave trade is a scar on our society. Yet the Prime Minister has previously inferred that this is something to be proud of, and that African countries are worse off because they are no longer ruled by empire.

It is only by learning about the British empire, its role in the transatlantic slave trade and colonialism, that we can build a fairer and more equal vision for the future.

The abolitionist Frederick Douglas said, “power concedes nothing without a demand. It never did and it never will”. Black Lives Matter is more than just a slogan. We all have a role to play in taking a stand and demanding change.

These are the best hotels in London, from boutique stays to ones steeped in luxury

Why lower expectations for next year will make you happier