Maleficent: Mistress of Evil will delve further into the original Sleeping Beauty story described as “a modern day fairytale where badass women take center stage.” Picking up several years after the first film ended, Maleficent and Princess Aurora are set to reunite in a bid to take down their enemies.

As stated by Angelina Jolie, the film explores the question: “Is Maleficent good enough to be Aurora’s mother?’”

Five years on from the release of Maleficent, Elle Fanning and Angelina Jolie are returning to our screens for the long-awaited sequel and the costumes alone are getting us seriously pumped for Halloween.

Angelina will be reprising her role as witch Maleficent, whilst Elle Fanning returns as Princess Aurora, better known as Sleeping Beauty. Michelle Pfeiffer will also be starring as Maleficent’s Queen Ingrith.

One thing guaranteed with a fairytale? Dreamy costumes and Maleficent: Mistress of Evil certainly doesn’t disappoint. Case in point: the official trailer below. 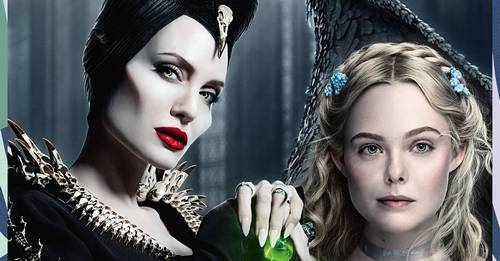 Ahead of the film’s release next week, Angelina and Elle have been upping the style stakes on the red carpet. Clad in a series of glamorous ensembles, the two powerhouses have been proving why they are Hollywood royalty.

At the film’s European premiere, Angelina was quick to praise her female co-stars. “Elle has grown into such an extraordinary young woman and with all her fame and everything she’s gone through she’s just as kind and as grateful as ever. Michelle (Pfieffer) is brilliant, and funny and wonderful and it was just a dream,” she stated on the red carpet.

Still struggling to find Halloween costume inspiration? This might be your answer.

Maleficent: Mistress of Evil is released on Friday 18th October 2019