We’re calling it: CBD is the avocado of 2019. Just as the humble avocado reached A-list status in 2018, CBD has been creeping into pretty much everything this year.

It’s been touted as a bit of a superstar when it comes to a number of ailments, such as relief for stress and anxiety, pain conditions and even more serious illnesses like epilepsy and fibromyalgia. The jury’s still out on the true effects of CBD as medical research is still being undertaken, but masses of anecdotal evidence suggests really great things for the little compound.

With tinctures, muscle balms, gummy bears and even ice cream (thanks, Ben & Jerry’s) entering the market, it wasn’t long before it filtered into the beauty industry. But are CBD products worth the hype, or is it all just another fad?

My skin is a bit all over the place and a bad bout of acne has left it riddled with scars and redness. I’ve heard great things about CBD being a miracle-worker for spots so I was excited to try it out.

First off, let’s start by delving into the science behind CBD. CBD is short for cannabidiol, a chemical compound found in the cannabis plant. Unlike its cousin, tetrahydrocannabinol (THC), it isn’t psychoactive, so it won’t get you high. It’s thought that CBD interacts with our endocannabinoid system, which is responsible for things like sleep, mood, appetite and immunity.

When it comes to skincare, CBD is said to offer plenty of benefits due to its anti-oxidant properties. Numerous studies conclude that it functions as an anti-inflammatory, so it’s ideal for those struggling with acne, redness and excess oil production. Let’s put it to the test.

This product, exclusive to UK CBD brand VSAVI, promises ‘radiance and youthfulness’ via the inclusion of collagen, hyaluronic acid and CBD. Packaged in a gorgeous bamboo and glass tub, the earthy scent isn’t too overpowering and the consistency is creamy, but not sticky. It’s very Instagrammable, FYI.

It’s recommended to use the product either once or twice daily, so I opted for night time usage to really let the goodness sink in over a number of hours. I found that it absorbed nicely into my skin, without leaving a greasy residue or making me feel like I’d slathered on a layer of oil. Not only that, but a pea-sized drop covered my whole face, meaning one pot should last you for ages.

After using the product for four weeks, I did start to notice some difference in my skin. For one, the redness I usually find on my cheeks and nose was reduced and my skin generally seems more toned and even – I’d even go as far to say it’s plumper and softer too. My normally oily t-zone was significantly less bothersome, but my skin didn’t feel dry or irritated.

Unlike some CBD products on the market, this one actually tells you how much CBD is in it (250mg), rather than just listing it as an ‘extract’, which gives you confidence that the ingredient you’re paying for is actually present. What’s more, given that it’s from a brand that has been producing CBD since 2015, I feel rest assured that it isn’t just another fad product from a company who’ve jumped on the CBD bandwagon.

While it isn’t a miracle cream that will work from first use, it’s a nice addition to your skin routine if you struggle with sensitivity, redness or inflamed skin. Continued use would definitely be recommended to get the best results, but having it on hand to soothe flare-ups or particularly stressful skin weeks is also a good move. These CBD converts are absolutely on to something – I’m convinced.

Can liquid eyeshadow really last? We put Huda’s latest launch to the test and this is what happened… 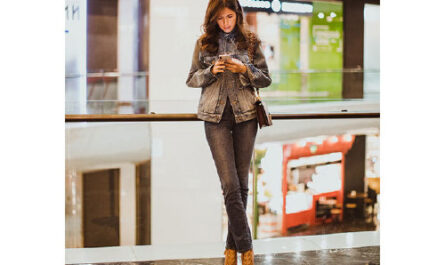