I was the only woman of colour in the room, and they all looked at me blankly. “BAME,” I repeated. “Black, Asian and minority ethnic people. The pay gap disproportionately affects them.”

There were awkward coughs, one person doodled, before another said: “Yes, but we have to tackle one thing at a time.”
I remember the boardroom meeting three years ago like it was yesterday. A group of us, all senior-management-level women, were discussing the gender pay gap, and how to tackle it.

“We need to factor in the BAME pay gap,” I said, referring to wage inequality based on race, where Black women are among the most adversely affected.

Back then, I believed BAME was important, because if it didn’t exist, the inequalities affecting the Black, Asian and ethnic minority communities would fall down a crack. 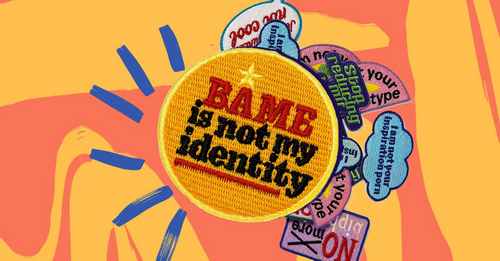 However, in the wake of Black Lives Matter, and the global discussion around race, I have changed my mind. BAME is a term that has allowed companies to hide behind woeful figures of under-representation when it comes to race. It lumps people of colour together, and doesn’t acknowledge specific anti-Black racism rife within some ethnic minorities.

While it is essential to gather data and conduct research into groups that might experience greater prejudice via structural racism, lumping everyone who doesn’t identify as white into the same bracket is othering. BAME has become shorthand for people of colour. In other words, white is ‘normal’ and everything else is ‘ethnic’, making you feel like you don’t belong.

I’ve encountered mystified looks about BAME, but worse, indifference. In my experience, white peers did not attend BAME events, as they felt it didn’t apply to them. But when BLM blew up globally, after the deaths of George Floyd and Breonna Taylor, it became something they could not avert their eyes from.

There was also the necessary distinction that this was a movement for Black people, who are most oppressed and adversely affected in every aspect of life. BAME was not going to cut it, because it was evident not all minorities experienced life in the same way – some have it far worse, and some manage to advance themselves due to their proximity to white privilege.

A big part of my anti-racist work in the wake of BLM has been to address anti-Blackness within my own South Asian community. Yes, we have experienced discrimination, but we have had to acknowledge we have held more privilege. Many a time, companies trot out an Asian employee for events to tick the BAME box, absolving themselves of any responsibility to address the lack of Black employees. It is tough to acknowledge I have been complicit in not calling it out, but how then can I claim to belong to the same group as a community that faces far more oppression than I will ever understand?

People belonging to the BAME community have been so starved for agency or access to change, we have allowed our identities to be crowbarred into this one label, just to get people to notice. This is not a reflection on us, but a system that has ignored what we were saying time and again.

Most recently, the label BAME hit headlines because of a report showing how the community was worst hit by Covid-19. While in the NHS, BAME can be a shorthand to describe a collection of communities, it still doesn’t leave much room for nuance. Even within the South Asian community I belong to, there are big class disparities. When it comes to discussing race, nuance matters.

One of the best examples of why BAME is not fit for purpose is from Daniella Harry, a member of the diversity and inclusion platform The Other Box, who wrote on its Facebook group: “BAME doesn’t make sense. Black is not an ethnicity – it is a race. I am Black (my race), Caribbean (my ethnicity) and born in Britain (my nationality).

It is a label that once had relevance when it began in the 1970s, rooted in political Blackness, but now hinders the very communities it claims to help. Along with other things we will leave behind in 2020, I hope BAME will be one of them. 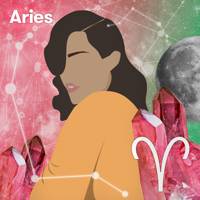 The one hobby you should take up to make 2021 *your* year, according to your star sign

How to choose the perfect wedding flowers, from symbolic meanings to personalising your bouquet