If you’re following in the footsteps of some of our favourite celebrity vegans and giving Veganuary a whirl, bravo! We salute you, whether it’s a diet-related choice, an ethical one or you’re just trying out a new trend.

One celebrity vegan who is perfect for vegan inspo is Lucy Watson. The former Made In Chelsea star and author who started her vegan journey in 2015, having been vegetarian from the age of 5. She is a PETA ambassador and RSPCA campaigner, as well as having launched her own cruelty-free make-up range, Basic Bitch and vegan recipe book, Feed Me Vegan.

We grilled the star on all things health, wellness and of course, veganism, to help inspire your own journey.

Why did you decide to become vegan?

I became a vegan for ethical reasons. I grew up on a working farm when I was younger and quickly became vegetarian when I learned about what happened to animals, and how they are killed for me. I didn’t realise when I was a child. So I went through a bit of discovery there.

I used to think that veganism was really crazy. I didn’t realise how cruel the diary industry was. As this didn’t really feature in the farm I grew up in. Learning that chicks and calfs were being killed I thought I can’t just be a vegetarian anymore. I just want to live a cruelty-free lifestyle. 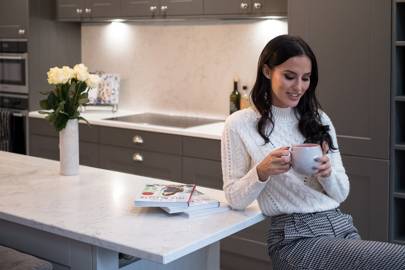 Do you think it’s help your skin?

I have been lucky with my skin as I don’t really get spots unless it’s because of hormones. My friend has eczema and she went vegan and her eczema has completely cleared up. They say that dairy is linked to skin problems. I have more energy and feel lighter, and feel less bloated.

The best vegan cookbooks for beginners, foodies and plant-based meals

What would your best piece of advice for someone looking to become vegan?

It would be to watch documentaries, as it gives you an incentive. Once you have educated yourself on this topic, it’s hard to turn a blind eye. I feel like the agriculture industry is hidden from the general public. They know that meat is animals but they don’t know about the processes and everything involved. So my top three documentaries would be Cowspiracy, Forks Over Knives and Earthlings. These cover all bases, as in the health, environment and benefits for the animals. Then you need to research food. Get a good cookbook, I have a couple, and have clear out of your cupboard and replace your staples for dairy-free options.

What is the hardest part about it and how did you overcome that?

The hardest part is other people’s opinions. There is a lot of negativity surrounding the topic. It is quite draining, and it is hard to have a conversation with people that you are close to who don’t know what they are talking about. It is difficult to get through to people. Even if it is just telling them about the practices, a lot of people are very narrow-minded about the topic and people like to stick to what they know. I totally understand that as people don’t like change. I feel alienated at times in social situations.

Do you think that’s going to change in the next few years?

It has already changed; it is baffling. Two years ago the UK alone there were 500,000 vegans and now there is 3.5 million, which is crazy. It speaks volumes to me. Everyone is on their own journey but I think people will find a way to a more vegan lifestyle.

What are three incredible vegan meals – breakfast, lunch, and dinner – that you would recommend?

The breakfast from my recipe book I recommend is the fry up, which is tofu scramble, potato hash and avocado, which is a real go-to or flaxseed crepes because crepes are what I used to eat every morning before school and they are exactly the same as the original.

For lunch I would recommend a broccoli pasta, which is really delicious, or the blackbean quinoa soup if you are trying to be healthier. They are both quick and easy to make and delicious.

My favourite go-to dinner is the white bean and chorizo stew; I love it so much. If you prepare it and leave it in the oven for 2 hours you can go and do what you need to do, and you can come back and it’s ready.

What 5 staples should every vegan have in their kitchen?

1. I would say your favourite kind of nut milk, milk isn’t essential for any diet but people like to have that luxury. Mine’s oat milk.

2. Tofu is really useful and you can use it for so many things.

4. Turmeric is a good spice to add to lots of different dishes.

What workouts do you love?

Yoga, although I never get time to do it. I love going to bar classes and Kobox.

For more of Lucy’s recipes, visit the Wren Kitchen blog.

If you’re looking for more info about going vegan this January, here’s our nutritious guide on how to go vegan, and if you want to sample the goods first you might try popping along to one of London’s best vegan restaurants. 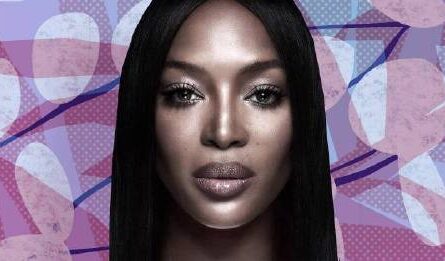 Naomi Campbell has landed her first-ever beauty campaign for NARS

Olivia Colman’s, hilarious Oscar speech deserves, an award of its own 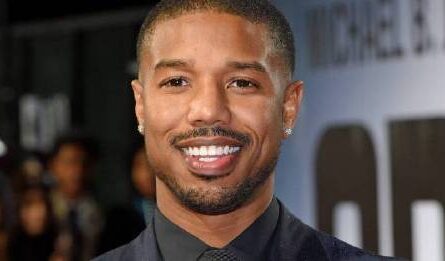