The essay lifted the lid on what Beach says is Calloway’s erratic behaviour, revealing the social media star bought followers, missed deadlines, reneged on deals and generally behaved pretty shittily for the seven years the pair worked together.

Caroline Calloway. How many of us knew her name before last week, when the American Instagram influencer with almost 800k followers was ‘outed’ in a tell-all expose by her ghostwriter and co-collaborator Natalie Beach?

For her part, Calloway has embraced this public shaming, claiming during the time she worked with Beach she was addicted to the prescription medicine Adderall, an amphetamine-based pill used to treat ADHD, apologising and admitting that what she says is broadly true.

The Calloway scandal, of course, is not the first influencer outing we’ve seen. Here, GLAMOUR looks back at some from recent years. 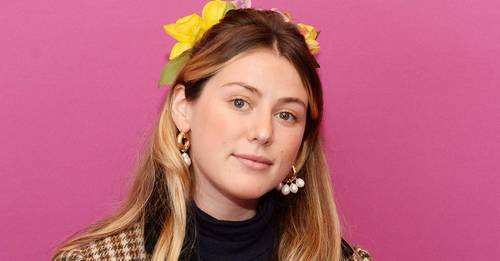 Wellness ‘guru’, author, app developer, influencer…. Australian Belle Gibson (now 27) created a lucrative industry out of her multiple cancer diagnoses, sharing her tales of her malignant brain, blood, spleen, uterine, liver and kidney cancers which she put down to a reaction to the Gardasil cervical cancer vaccine.

Gibson also underwent multiple heart surgeries and strokes but claimed – despite forgoing medical treatments – she was effectively self-managing her multiple cancers through diet, exercise and alternative therapies. She also claimed to be donating vast portions of the income she built through her wellness empire to numerous charities.

Unfortunately though, it was all a lie. In March 2015, it was revealed the blogger and influencer had made up her stories of illness and never had any cancers, strokes or heart problems. She had also lied about giving money to charity and was in fact living a luxury life full of designer clothes, posh cars and big houses.

She was prosecuted for “false claims by Ms. Gibson and her company concerning her diagnosis with terminal brain cancer her rejection of conventional cancer treatments in favour of natural remedies, and the donation of proceeds to various charities” and ordered to pay damages, which she still has not.

Last year, Swedish influencer Emma Hallberg (@eemahallberg), 20, got into hot water when she was accused of cultural appropriation for presenting herself as black or mixed race when she is in fact white.

Despite posing with an incredibly tanned complexion and also appearing on Instagram pages for black models, Hallberg denied attempting to ‘pass’ for someone of a different ethnicity and said she had never claimed to be anything other than white. She admitted to wearing foundation several shades darker than her skin tone as she uses scrubs and peels to deal with acne and thus her face complexion is several shades lighter than her body. Her explanation for her skin tone is just, she says, that she tans very deeply naturally.

Many fans were not satisfied however, with some asking whether her pictures were blackface, or “blackfishing”, a twist on “catfishing”, whereby people pretend to be someone they’re not.

The scandal hasn’t done Hallberg’s profile any harm. She now has 291,000 followers 80,000 more than when the scandal erupted last year.

Picture the most dreamy wedding proposal you can. It won’t beat the ‘surprise’ 30 year-old Morgan Stanley banker Gabriel Grossman had in store for his girlfriend Marissa Carey Fuchs, also 30 and director of brand partnerships for Gwyneth Paltrow’s business Goop, earlier this summer. Gabriel decided to send his girlfriend around the world on a three-day ‘scavenger hunt’ taking in several different lavish locations, including Montauk, Miami and Paris – where the pair eventually met only for him to get down on one knee and propose. Along the way, Marissa received thousands of pounds’ worth of gifts from Gabriel, including diamond jewellery and clothes. The entire event was broadcast on Instagram to her 170k @fashionambitionist followers.

So far, so romantic, until rumours began to surface that perhaps this wasn’t the ‘surprise’ it was – quite literally – sold as. The Atlantic magazine in the States got hold of a ‘pitch deck’ allegedly used by the couple to get sponsorship for the elaborate proposal and wedding which went out to brands for potential tie-ins.
While neither party has made an official statement, their family friend Elicia Blaine Evans, a social media specialist who helped with the proposal, has maintained that Marissa didn’t know about it beforehand.

The British reality TV star got into hot water earlier this summer when an Instagram post she uploaded to her near 700k followers was deemed to be promoting a brand of ‘weight-loss’ coffee without specifying it was an advert. Lucy was also pregnant at the time. After 25 complaints from the public, the Advertising Standards Authority (ASA) investigated the image and text and found it broke several rules, including encouraging unsafe practices during pregnancy and making claims about weight loss. Lucy also failed to identify the post as an advert, they said, deeming her ‘irresponsible’.

‘I’ve been staying in shape using my go-to Skinny Caffe products’ the then pregnant model wrote in May, underneath a photograph of her with a mug wearing just her underwear and socks, surrounded by packets of the drinks. ‘I love the coffees, hot chocolate and the Thermosyn products are amazing! I love to use them as me and the girls been seeing great results and they work with or without exercise. You can lose up to 7lbs in 7 days…’

While Skinny Caffe denied paying the model for the post, they did provide the text and say they were seeking to create brand awareness ahead of Lucy giving birth and were planning a larger campaign for later in the year.

The incident once again highlighted the often-dubious nature of advertising, sponsored posts and endorsements on social media into the spotlight.

It’s 2015. The Instagram influencer world is booming, and then, this. Essena O’Neill, at the time, a 19-year-old Australian model, influencer and passionate vegan advocate, abruptly jettisons all social media declaring it ‘not real life’.

But not before she properly torched all the images she’d uploaded. On Instagram, O’Neill went back over her previous perfect-seeming uploads, altering the captions to reflect how she was feeling at the time of each image: anxious, hungry, sad, emotionally drained… She deleted all her accounts on Snapchat, YouTube, and Tumblr.

‘Social media isn’t real. It’s purely contrived images and edited clips ranked against each other… And it consumed me,’ O’Neill explained on Vimeo back then.

Haters, of course, decried O’Neill’s actions as a publicity stunt designed to get attention and ergo, more followers. But she hasn’t back-pedalled. Today all that remains on O’Neill’s Instagram account is two images, one of which reads ‘I Like The Real You More Than The Instagram You’.

‘I don’t blame anyone for my actions or how much I was absorbed by social media, my appearance and this 2D world,’ she wrote in the mail, which was posted by someone to Tumblr. ‘It was me, I was being deceitful, I was lost, I was sick and I needed serious help. But of course I didn’t know that at the time. At the time I thought more money, more of these friends, being thinner … that would solve this internal misery.’

The ultimate Instagram scam was, of course, 2017s Fyre festival, billed as a luxury weekend music festival for wealthy Instagram influencers on a deserted island in the Caribbean. Organised by Ja Rule and entrepreneur Billy McFarland and endorsed by celebrities such as Kendal Jenner, Bella Hadid and Hailey Bieber with some tickets costing as much as £75,000. Despite being billed as a highly photogenic luxury experience, guests arrived (some by specially chartered flights, some by private jet) to find their exclusive accommodation was simply rain-soaked mattresses on the floor, there were not enough tents, catering or even enough water and all the acts booked to play had cancelled.

The hullabaloo – all played out on social media – has since spawned two tell-all documentaries and serves as a byword for hubris in an Instagram obsessed age.

This new Netflix documentary is the bank holiday empowerment you *need*