In 1944, during the last days of the occupation of Denmark during World War II, a domed, central banqueting hall in Copenhagen known as the Langelinie Pavilion was blown up by the Germans and their Danish collaborators.

The loss of the 1902 building, positioned on a long quay in Copenhagen’s harbor, was a painful strike to the city’s population – which regularly flocked to the scenic waterfront spot for recreational boating and associated events, as well as viewings of the nearby Little Mermaid statue. A much-loved landmark given to the city in 1913, the bronze and granite sculpture by Edvard Eriksen is inspired by Hans Christian Andersen’s fairy tale about a mermaid who gives up her watery paradise for the love of a handsome prince on land.

Starting fresh, the city ultimately decided to build a new Langelinie Pavilion, an 11-story Modernist structure designed by architect couple Nils and Eva Koppel and inaugurated in 1958. Inside, Danish architect and designer Poul Henningsen was commissioned to create a sculptural light that remained beautiful when the lights were off – and the PH Artichoke pendant lamp was born. 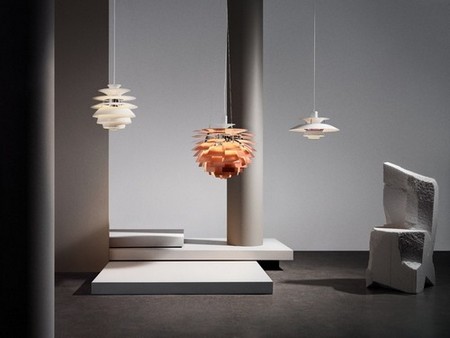 In tribute to the organic form of this species of thistle with edible flower buds, Henningsen conceived 72 staggered leaves in 12 rows of six leaves each. Chandelier-like in its eye-arresting hold on a room, the gracefully unfolding Artichoke is also a careful play on reflection and light – notably without glare or view of the light source. The pendant was and is still produced by Louis Poulsen, the Danish lighting manufacturer with which Henningsen began a lifelong collaboration in 1924.

Today the Artichoke is one of Louis Poulsen’s most recognized products and highly coveted – one is sold every 60 hours. To celebrate its 60th anniversary, the lighting manufacturer introduced a limited-edition version of the Artichoke at Copenhagen’s citywide design event 3 Days of Design last week in brass, available in the U.S. this fall.

The PH5 pendant light in copper.

“The very first version of the Artichoke was made in copper,” says Louis Poulsen product and design director Rasmus Markholt. (On 1stdibs, the rare few of these to be had approach $9,000.) “Then we played with stainless steel, both polished and brushed. As a third material, brass just made sense.” As interiors move toward a warmer, softer renaissance, manufacturers are responding – and brass is a material many are focusing on.

While an incandescent bulb remains an option, the Artichoke’s 2700 Kelvin LED light engine is custom-engineered to meet the pendant’s unique demands. “We needed to be absolutely sure that the light is reflected and projected in the right way with the right ambiance,” explains Markholt. Throughout 2018, the brass Artichoke will be engraved with Poul Henningsen’s signature and a unique number.

The PH5 and the PH 5 Mini pendant lights in copper.

For Henningsen, 1958 proved a busy year; it’s also when he designed the three-shade PH 5 lamp and the PH Snowball lamp, both in spun aluminum and also carefully stacked to be glare-free. Available since September 2017 in a more petite version – the PH 5 Mini – and since February in six bold new colors, PH 5 is Louis Poulsen’s most popular light fixture. Both PH 5 and PH 5 Mini also just received a warm metal upgrade – this time in copper.

Of Henningsen’s three 1958 pendants, the Snowball had the most limited success – it wasn’t until 1983 that adjustments and a relaunch brought fresh eyes to its mathematically aligned matte undersides and light-reflecting glossy top shades.

However, despite its birthday, Snowball stays true to its fresh-as-snow white hue. “We’re touching at the very core of Louis Poulsen’s existence with the heritage products,” says Markholt. “While Henningsen played with different colors, we just use those that respect his choices at that time.” 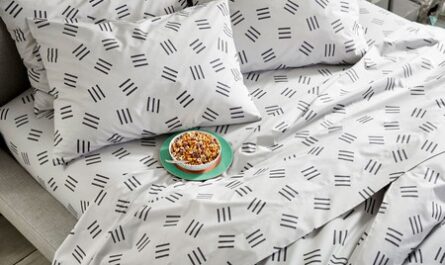 Get Brooklinen Sheets in Its New Matchstick Pattern 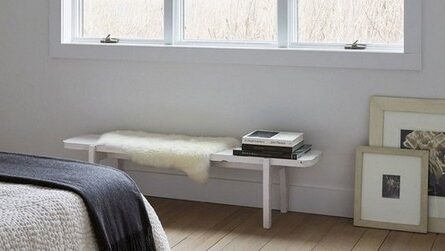 Here’s How to Install Baseboards and Crown Molding