Minerals in miniature gems point to origins in the early Solar System. Mini-diamonds discovered inside a rare meteorite come from a vanished embryonic planet. 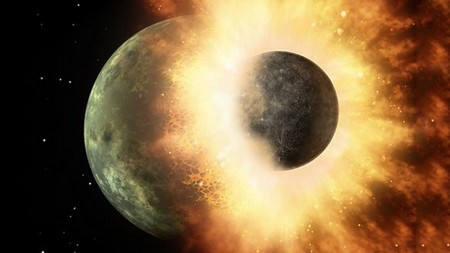 A team led by Farhang Nabiei at the Swiss Federal Institute of Technology in Lausanne used high-resolution imaging to probe a meteorite that landed in Sudan in 2008. The meteorite contained tiny diamonds that encapsulated minerals rich in elements including chromium and phosphorous.

The chemistry and shape of these mineral blobs suggest that they formed slowly and under very high pressure. This points to an origin deep inside a Mercury-to-Mars-sized object during the first million years of the Solar System’s history. The body must subsequently have been smashed, liberating the gems.

As a result, the researchers say that they can rule out existing planets as potential sources for the meteorite, and point instead to a protoplanet that was shattered by collisions with other objects.

Where Is the Acne in Beauty Ads For Acne Products?