“I smell everyone on the red carpet and @rihanna was the best smelling celeb at the Grammys,” Ryan Seacrest admitted to fans after greeting her on the way in.
Rihanna is the Pied Piper of perfume. Just like her fans, her scent follows her wherever she goes and it’s blazed quite a trail.

“She smells amazing. That is one thing I can tell you,” Nick Jonas revealed after a failed attempt at flirting with the songstress. “Everyone says it, but I have actually smelt her now and it’s amazing,” he added.

“You have no idea,” agreed Jim Parsons, who plays The Big Bang Theory‘s Sheldon Cooper. “Rihanna smells so good. I’m not kidding. To the point where I took the elevator down in a hotel we were both in and I sniffed and was like ‘Rihanna was here!’”

Lil Nas named Rihanna ‘his favourite smell’, noting “she smells like heaven” during a quiz with Qs biscuits. Cardi B, Jennifer Lawrence and Nigella all confirmed she smells incredible. And fashion behemoth André Leon Talley remarked “ooh you smell so good!” when sniffing her at the Met Gala. There’s even a Twitter thread dedicated to how enchanting she smells (with the receipts to prove it).

Unsurprisingly, the world wants to know just what makes Rihanna smell so good. And thanks to a savage act of treachery on the part of her pal (known on Instagram as @stylishgent), we have the answer. “She’s wearing ByKilian, and it’s called Love!” he tells the camera while Ri-Ri fumes in the background. “He’s really telling them? It’s a secret,” she can be heard saying.

Cue mass hysteria. It became the most trafficked fragrance across Sephora globally, quickly selling out and has since remained one of the bestselling fragrances for the brand.

Never heard of ByKilian? It was set up by Kilian Hennessy, a member of the French cognac dynasty who took his background in mixology and applied it to perfume, and like it’s namesake, it’s fancy. A bottle of Love: Don’t Be Shy starts at an indulgent £185 for 50ml. It’s available at Selfridges, but you’d better act quickly, because it’s nearly out of stock. 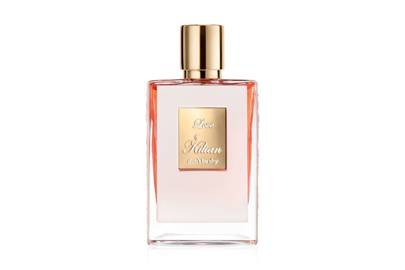 As for the scent, it’s a syrupy gourmand that smells like cream soda, fluffy marshmallows and clouds of candy floss, blended with a glug of sensual vanilla. It’s ambrosial, warm, sweet, creamy and intoxicating (just like you’d expect our goddess, Ri-Ri, to smell). I can imagine catching a whiff as she walked past and finding this intriguing and seductive. But, while the lingering scent is heavenly (and boy does it linger), it’s a strong scent that takes cojones to pull off and, probably, it’s a touch too sweet for this mere mortal. 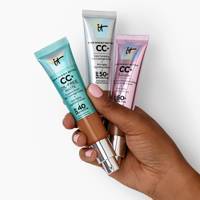 People are hailing this makeup brand as a miracle