Little Mix of course first found fame on The X-Factor when they were put together by Simon Cowell back in 2011 and have since become one of the most successful female groups of all time. So, who could be better placed to find the next big thing?

Microphones and dance moves at the ready y’all as Little Mix have confirmed that they are launching their own BBC talent show, Little Mix: The Search, to find music next big group.

The show will see contestants enter in pairs or in groups of three or four with members being added or removed throughout the series and it will feature girl bands, mixed bands and boy bands. Sounds tense and juicy, doesn’t it? They will then be mentored by the Little Mix gals and the ultimate winners will then join Jesy, Perrie, Leigh-Anne and Jade on their 2020 summer tour.

Getting her mentor ON, Jade was full of excitement when Little Mix made the announcement on Nick Grimshaw’s Radio 1 show saying, “We want to create incredible groups who really gel because we’ve been there and done that and we’re still doing it now. I feel like we really know what it takes, and we will be there to help them properly along the way.” 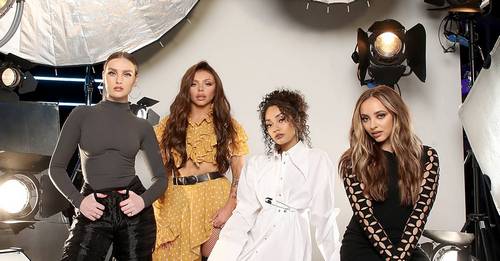 Applications for the show are now open and you can officially upload your audition take to the BBC website. However, you need to be 16 years old or over before 31st January 2020, with applications closing on Friday 10th January.

The BBC is yet to confirm the release date of The Search, but it is expected to land on our Saturday night screens in spring 2020 and will run for seven episodes.

So, get exercising those vocal cords and get ready to belt out an impassioned Shout Out To Your Ex if you want to follow in the footsteps of our favourite girl band.

30 Underrated ’90s Movies That Everyone Needs to See

Why Is Captain Marvel So Important to the Avengers?