That’s why this summer, in the wake of the murder of George Floyd, people across all political factions all over the world marched against racism.

And noticeably, after the events of this summer, more and more institutions, employers and in particular public figures have spoken up to condemn anti-black racism and have tried to create concrete change.

The fight against racism should not be perceived as a party political issue but rather a human rights one. As Nobel Prize winning scholar Amartya Sen has argued, human rights are about freedoms, the freedom to live our lives and pursue the things that make us happy and the freedom to be treated fairly within society. These are the freedoms that all humans, by virtue of being human, should enjoy. 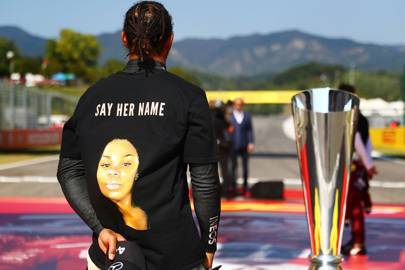 Yet, many black people have long felt that these freedoms are not fully available to us, and so Malcolm X famously pushed black people to fight for their human rights rather than focussing on party politics, arguing ‘how is the black man going to get “civil rights” before he wins his human rights?’. Today, while some in our media consistently present the issue of racism as a political issue, confining it within discussions of right and left wing politics, many seem to agree that the fight against anti-black racism is a fight for human rights.

It has been great to see the increasing rise of black public figures in the West who are willing to speak out against racism, regardless of critique, and do something concrete to help the struggle. Earlier this year, over 300 complaints that rapper Dave’s performance at the Brit Awards was racist against white people was rejected by the UK media watchdog. As Alesha Dixon said recently, facing criticism for her support of dance group Diversity performing a routine in support of Black Lives Matter for Britain’s Got Talent, which sparked over 21,000 complaints, critics can ‘kiss her black ass’ – some things are just too important to keep silent about.

While Malcolm X himself was cynical of black celebrities being uplifted up as thought leaders, in today’s society many of our most prominent black public figures are not trying to promote themselves but rather trying to raise awareness of those whose names should not be forgotten. 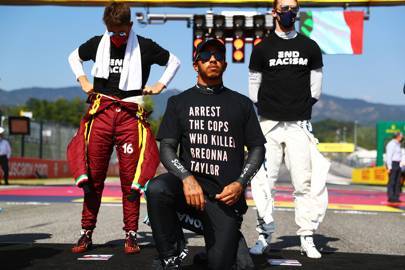 And therefore, Lewis Hamilton, the most famous black racing driver in history, decided to shock the world when he openly challenged Formula One to challenge racial inequality within the industry, and decided to wear a t-shirt at the Tuscan Grand Prix saying ‘arrest the cops who killed Breonna Taylor’ – an act which could endanger his career.

The world watched and even media organisations from her ancestral home of Japan, a country which has an ambiguous reputation when it comes to anti-black racism, commented on her wearing of the masks and expressed outrage over African-American experiences of police brutality.

In fact, after she won the tennis tournament on Sunday, it was reported that many of the family members of the deceased were extremely grateful for what she did in getting their relatives’ names out there, with Ahmaud Arbery’s mum saying that she wished she could have thanked Naomi ‘personally for her support’ because it ‘shows if we all stand together, we will win together’.

And if we do stand together, in support of human rights, we will win together. As our black public figures, from Stormzy to Beyoncé, are imploring us to remember, we must continue to speak out and act to end anti-black racism in this world if we believe in human rights and want all human beings to feel fully free.

Advert showing the real side of menstruation