Hands up if you watched A Star Is Born and fell in love with Lady Gaga and Bradley Cooper as a loved-up couple? Yep, me too. And the on-stage chemistry during THAT Oscars 2019 performance of Shallow was undoubtedly, sizzling.

The pair put their faces together and sang the most beautiful rendition of an incredible tune. They looked captivated by each other and I could quite frankly play it back all day long. But the thing is, they’re actors and they were performing. Just as when Hugh Jackman opened The Brits singing The Greatest Showman, I don’t think he secretly harbours thoughts of leaving his family and running away to join the circus.

Yet since Sunday’s night’s epic show, unfounded stories of an affair between Lady Gaga and Bradley Cooper have been circulating far and wide. One tabloid headline reads that “romance rumours” are “causing tension with Irina Shayk”. Well to be honest, they’d annoy me too.

There’s been debates about why Irina was seated in between Gaga and Bradley during the ceremony (because she wanted to be beside her boyfriend?), with people asking whether this was in fact to strategically separate the pair. 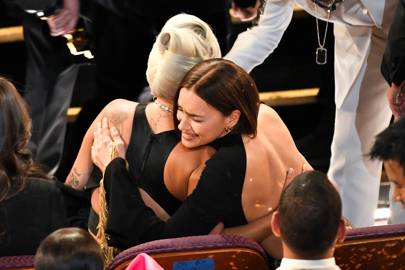 And yesterday I saw a paparazzi picture of Bradley and Irina, probably just popping out for a coffee, followed by the headline “Bradley Cooper and Irina Shayk look glum on drive”. As if one facial expression can capture the entire depth of their relationship. Come on guys, it’d look pretty weird if they spent their whole lives grinning, in preparation for the paps.

But what doesn’t sit right with me, is the amount of speculation, throughout which Gaga and Bradley’s long-term girlfriend (and mother of his child) supermodel Irina Shayk have been pitted against each other. With reports today that Irina unfollowed Lady Gaga on social media before the Oscars, gossip is rife.

One Twitter user posted that “Irina Shayk should get an Oscar for acting like the adoration between Bradley Cooper and Lady Gaga doesn’t bother her”. But as pointed out by @kath8rine: “Must we always try and create the drama and rivalry between women? Isn’t condoning infidelity and betrayal against your values? There is a 2-year-old baby involved.”

Even Bradley’s ex-wife, actress Jennifer Esposito, has waded in. When American actor and comedian David Spade posted on Instagram “is there any chance these two aren’t f*ing?”, Jennifer commented “ha”.

It must be hideous for Irina, who just by supporting her partner during one of the biggest nights of her life, then sees her entire relationship put under a microscope. And isn’t Lady Gaga allowed to embrace her co-star and, shock, horror; male friend. Why, yet again are we pitting women against each other? Everything from both women’s body language to their facial expressions during the Oscars has been analysed and discussed in detail.

Pictures of Bradley and Gaga embracing at an afterparty have also been printed, but again, big deal. Also, in actual fact, Irina Shayk was one of the first audience members to give Bradley and Gaga a standing ovation.

Director of PR company Flat White Communications, Eve Robertson, explains “a love triangle in the press is nothing new, but in 2019, we need to move away from pitting women against each other for no reason. We need to remember they are actors and were performing onstage and at the heart of this is a relationship and a child. There must be more responsibility about the way things are reported, yet when things go viral on social media, it’s very hard to control.”

Body language expert Judi James told The Sun that the loved-up performance was “faked” and this whole debacle actually just show how good Bradley Cooper and Lady Gaga are at acting. I completely agree.

Hilariously, tweets like “if those two are not in love, they should deffo win the Oscar for best acting” hit the nail on the head though. Erm, surely that’s the point? They’re incredible actors, A Star is Born is an amazing film, and furthermore, Lady Gaga and Irina Shayk are hugely successful women who should both be celebrated. 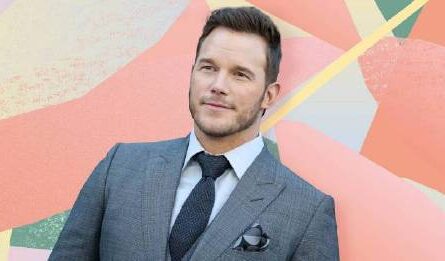