Kylie Jenner celebrated her 24th birthday this week, and fans are convinced the photos prove she is pregnant with baby number two.

She’s already a doting mother to three-year-old Stormi, who she shares with Travis Scott, but could it really be that Stormi is set to become a big sister to a younger sibling?

Here’s the deal. Kylie shared a carousel of herself wearing a green dress with the caption reading: “Cheers to 24,” suggesting, naturally, that this was the day of her birthday, and thus the day she celebrated it.

Confusingly, though, her elder sister Kim Kardashian posted snaps from the day, too, and in a photo of Kylie and her friends and family holding cocktails, the one tagged Kylie showed green nails. In the images of herself in a green dress she had pink nails, so if Kim’s photos are the ones taken from Kylie’s birthday celebrations, then the ones of Kylie wearing a green dress must have been taken prior. Why? To hide a bump. 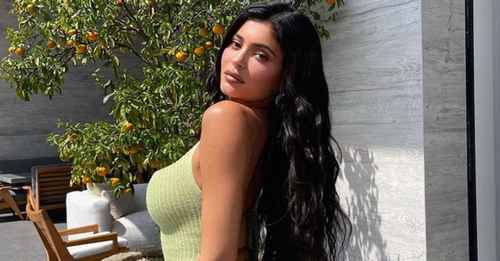 One fan, @emilycschwartz, took to TikTok to explain:

“Kylie Jenner is pregnant, and I have receipts. Yesterday was her birthday and she posted this picture wearing a green dress, and the most important part of these pictures are her nails. What colour are they here? They’re pink.”

She then goes on to explain the part Kim plays, as she inserts a photo that Kim shared on social media: “Kimmy made a bit of a boo boo. If you look over here in the corner, Kylie’s nails are green. She did not get her nails done in the middle of the day, she had a birthday party, which by the way, not one person posted a picture of themselves from.

“This girl is everywhere. Something is up, something is weird. It smells like baby.”

Okay, the link may be pretty tenuous, but what with Travis and Kylie’s recent reunion, fans have been speculating about baby number two for a while now. This could be our very first clue.

As My Unorthodox Life is renewed for a second season, here’s everything you need to know about the compelling docuseries

You might be experiencing dream deprivation, the worrying condition disrupting our sleep quality