The loved-up pair attended the MTV VMAs at the weekend, serving the awards show PDA we were all dying to see (don’t pretend you aren’t high-key obsessed with their relationship).

Kourtney Kardashian just called Travis Barker her ‘future baby daddy’ and the internet is not OK.

Kourtney, 42, and Travis, 45, looked as in love as ever walking the red carpet together, with Kourt in a lace-up, off-the-shoulder leather dress by Olivier Theyskens and strappy heels with a sleek, slicked-back bun; and Travis wore a long studded Thom Browne suit sans shirt with a pair of sunglasses (side note: we’re suddenly no longer mad about the whole ‘sunglasses indoors’ thing).

But it wasn’t just their brilliantly gothic ensembles that caught everyone’s attention. Taking to the stage during the ceremony with Megan Fox, the pair introduced a performance from their boyfriends Machine Gun Kelly and Travis.

“New York, I need you to get extra loud for our future baby daddies,” Megan said, before Kourtney added: “Machine Gun Kelly and Travis Barker.” 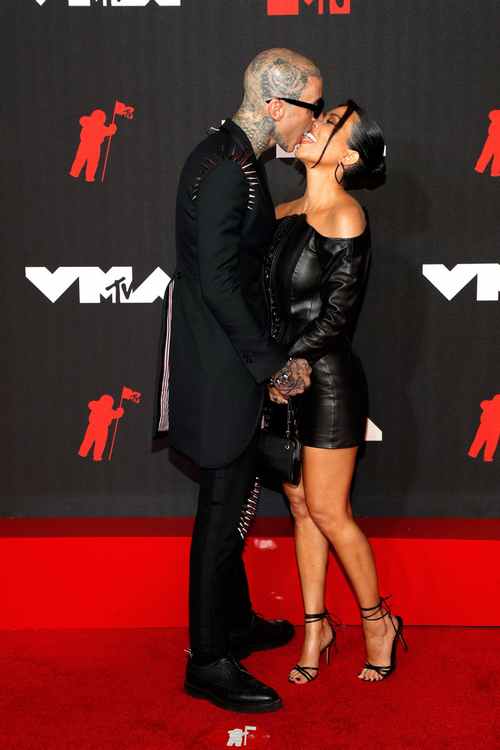 Having Kourtney Kardashian and Megan Fox introduce MGK (obvi performing with Travis Barker too) and them calling them their future baby daddy’s? I just loved it all I’m jealous,” Tweeted one fan.

But others pointed out that Kourtney looked slightly uncomfortable after the comment, while another commented on how the joke was scripted.

“HELPPP KOURTNEY LOOKED SO UNCOMFORTABLE AFTER THE BABY DADDY JOKE,” read one comment, while another said: “Legit its scripted 100% look at how awkwardly kourtney said her part. The ppl responsible for that are weirdos tho like why feel the need to push that baby daddy narrative on them”.

Kourt and Travis have been together since January, while Megan and Machine Gun Kelly have been dating since June 2020. 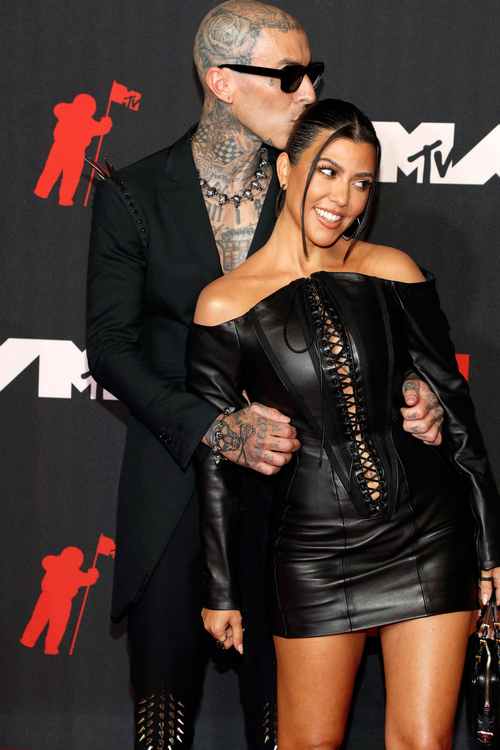