Their partnership will work together to create a network of salons in the UK where transgender and non-binary people can feel safe. Some of the ways they’re working to improve the service is to provide education of how to execute this service and support the salons with resources.

As a result of their collaboration, they have also created a space where clients can research online where their nearest salon is offering this improved service.

To raise more awareness, Pantene has collated a group of people together including Transgender rights activist, Paris Lees and Angela Ponse, to discuss the importance of hair in their community in a new short film. 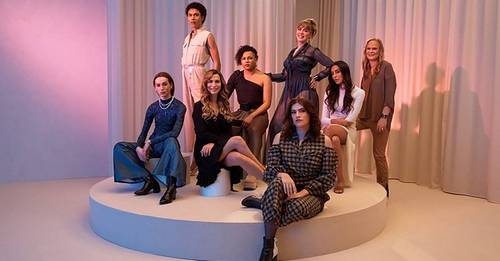 It’s all about sharing and spreading the message, so up until December 3rd, every time the video is shared, Pantene will donate 5p to the Dresscode Project as well as every Pantene product sold in shops.

This isn’t the first time a beauty brand has teamed up with an organisation to support the LGBTQ2S+ community. Makeup Revolution had launched a pride collection and donated a huge £25,000 to The Human Dignity Trust, an international organisation utilising the law to defend their human rights.

Morphe released a pride collection in partnership with The Trevor Project and 100% of their net profit went to the charity and Kiehls have teamed up with the MTV Staying Alive assisting with HIV/AIDS prevention projects around the world.

71% of people believe environmental protection should be our priority, even if it affects economic growth

Maybe you watched David Attenborough’s TV show Climate Change, or maybe Extinction Rebellion’s messaging resonated with you, or perhaps you noticed the plastic pollution while on your last beach holiday – whatever it was that caught your attention, chances are you’ve recently thought about climate change, sustainability and environmental protection in one way or another.

Now, findings from the ING International Survey confirms this change in attitudes, with surprising statistics highlighting the general support for the protection of the environment among the population.

The study, which included over 15,000 participants across 15 countries including the UK, USA and Australia, found that the majority (71%) of respondents agree with the suggestions that environmental protection should be a priority, even if it means slower economic growth as a consequence.

As for the main concerns, plastic pollution was top of the polls, with 39% of respondents naming it as the most pressing issue, more than climate change (34%). 69% of Brits recognised that any consumer brand that refused to take active steps to lesser their environmental impact would face a backlash. As well as attributing responsibility with the brands, respondents were also concerned about over-consumption by the general public, believing there’s an excessive focus on consumerism.

While the results are encouraging in terms of changing attitudes, these beliefs are yet to translate into action. 94% of respondents say they throw away plastic waste on a daily basis, and a staggering 85% throw away up to five items every day.

A guide to Capri, the sun-soaked Mediterranean island the celebrities can’t get enough of

Three millennial women tell us how lockdown has affected