So, when new UK brand War Paint announced they were releasing “MAKEUP FOR MEN”, complete with uber masculine black packaging, a macho marketing campaign and a really dude-bro vibe, we were taken aback. Here’s their announcement.

Anyone can wear makeup, if they’re into it. Man, woman, non-binary, anyone can slather on some foundation, slick on a bit of highlighter and coat their lashes in mascara. It’s a joy, to play with products that make us feel beautiful.

“We couldn’t find a makeup brand formulated specifically for men’s skin; so we created one,” they tweeted. This was, of course, news to the men who’ve been using normal makeup for years and had no problem because human skin is human skin.

The video they’ve shot is conspicuously macho, featuring a tattooed, muscly man applying foundation (WHICH ONLY COMES IN THREE SHADES) and even finishing with him slipping a skull-shaped ring on his finger. They really, really want us to know that this stuff is made by men, for men.

The whole thing did not go down well on Twitter, as you can imagine. People started by challenging the idea that men’s skin is somehow different and therefore needs specialised man products.

In response, the War Paint bros argued that men’s skin is “25% thicker than women’s”. They blame testosterone for a spate of different manly skin problems, but when prompted, refused to say where they had got any of this information.

From there, Twitter users just started to make fun of the whole concept.

Wow, better take him swimming on the first date so you know what you’re really getting!

Makeup called War Paint! Water called Liquid Death! If you’ve ever wondered just what toxic masculinity is, it’s taking simple things like self-care and hydration and using the military industrial complex and violence to make them palatable to men.

i don’t know what’s more depressing. not to be able to enjoy things because of a deep unspoken contempt for women, calling something “war paint,” or a person pouring a bunch of foundation into their palm and smearing it onto their face

War Paint did respond to the backlash, saying: “If you look at our reviews you will see men from 16 to 75 using our products and loving them. If females can have products just for women, why can’t men? Our aim is to allow makeup to be gender neutral and to do that we must have male specific brands also.”

Yeah, it’s not been a good week for the men of War Paint.

Dermatologists and acne-sufferers swear by the #60secondrule for glowing skin 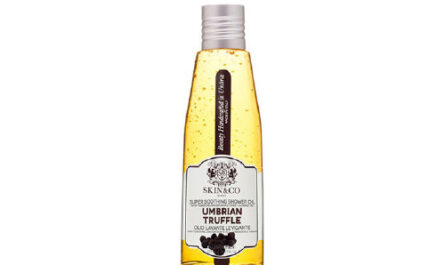 This cult clay mask can reduce acne within ONE week