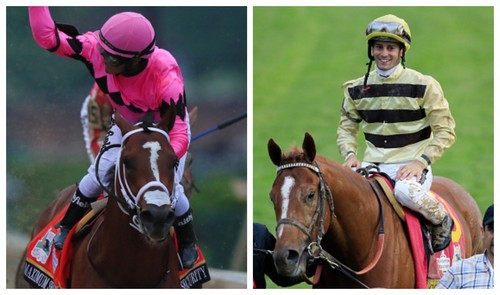 In a nearly unprecedented move, the winner of the 2019 Kentucky Derby – Maximum Exposure, ridden by jockey Luis Saez – was disqualified and the victory awarded to the second-place finisher, Country House and jockey Flavien Prat.

It was a surreal turn of events for the muddy 145th Run for the Roses, one that will generate controversy for years to come in the highbrow world of horse racing.

That Maximum Security was the clear winner wasn’t in dispute. The disqualification had everything to do with behavior in the midst of the race – a moment when the horse veered out of its lane and interfered with the runs of a pair of competitors.

ESPN quoted a statement issued by a racing official hours after the stunning turn of events:

Barbara Borden, Kentucky’s chief steward, gave a statement to the media several hours after the race.

«The riders of the 18 [Long Range Toddy] and 20 [Country House] … lodged objections against the 7 [Maximum Security] , the winner, due to interference turning for home, leaving the quarter pole. We had a lengthy review of the race,» Borden said. «We interviewed affected riders. We determined that the 7 horse drifted out and impacted the progress of 1 [War of Will] in turn, interfering with the 18 and 21 [Bodexpress] . Those horses were all affected, we thought, by the interference. Therefore, we unanimously determined to disqualify No. 7 and place him behind the 18 … the lowest-placed horse that he bothered, which is our typical procedure.»

To clarify, two jockeys objected to Maximum Security’s interference with other horses mid-run, officials reviewed footage and found the objections valid, and 65-1 long shot Country House was declared the winner. 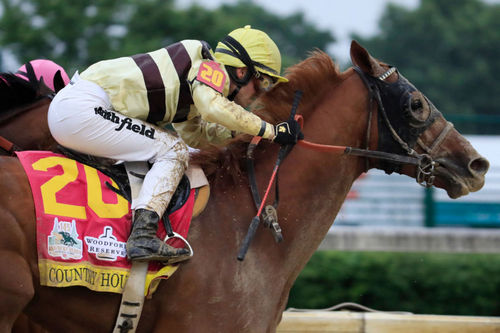 Only one other horse has ever been disqualified after a Derby win: 1968 first-place finisher Dancer’s Image, who tested positive for drugs.

Needless to say, social media reaction from all quarters was intense.

The crowd at Churchill Downs booed the decision and the end result as well. Many of those booing likely lost a bet, but as Twitter responses indicated, there was also a feeling that officials had gone a little too far. You can watch the following footage to see if you think they were right.

Gary West co-owns Maximum Security with his wife, Mary. Speaking to the Associated Press, he reportedly said, «I think this is the most egregious disqualification in the history of horse racing.»

He added that he didn’t feel that way «just because it’s our horse.»

Jockey Luis Saez said after the turnaround that he «never put anybody in danger.»

Maximum Security, said Saez, simply «shied away from the noise of the crowd and may have ducked out a little.»

Writing in an opinion column published by USA Today, sports writer Dan Wolken said that even though history will record Country House as the winner of the Derby, «anyone who watched and remembers the race years from now will know that Country House was little more than the recipient of an egregious decision by the racing stewards at Churchill Downs, who disqualified the horse that finished under the wire first and was much the best running 1-1/4 miles around the famed oval.»

In the end, it appears the decision was final and the second-best horse won.

Watch the videos and see what you think – was the outcome fair or not?