The comedian announced on Twitter and Instagram that her date would be “a real hero” – Amanda Nguyen, the woman responsible for the Sexual Assault Survivors’ Bill of Rights, a piece of legislation that guarantees specific rights for survivors of sexual assault.

Kathy Griffin chose a stellar plus one for the Oscars parties Sunday night.

“My +1 tonight for the Oscar parties is a real hero,” Griffin wrote. “Amanda is responsible for the Survivors Bill of Rights Act. Signed into law by Pres Obama, it changed how rape kits are processed in the US and gave survivors a bill of rights. I’m so honored.”

Nguyen’s journey into activism began in 2013, after she was raped during her last year at Harvard University. After undergoing a rape kit examination, she became frustrated with police who made her submit an extension request every six months so that her rape kit wouldn’t be destroyed ― even though the statute of limitations for prosecuting rape in the state of Massachusetts is 15 years. 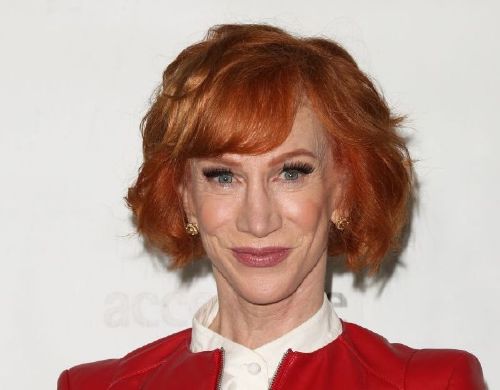 The problem was that tens of thousands of untested rape kits were and are still sitting unused in police storage across the country, due to lack of money and resources.

But Nguyen argued that having to re-submit an extension request every month forced her to relive her trauma each time.

“The system essentially makes me live my life by date of rape,” Nguyen told The Guardian in 2016.

Nguyen knew something had to change, so in 2014 ― at the age of 23 ― Nguyen founded Rise, a national civil rights nonprofit that focuses on protecting the liberties of sexual assault victims. A few years later, she created the Sexual Assault Survivors’ Bill of Rights. President Barack Obama signed it into federal law in 2016, though only some states have passed it into law at the state level so far.

The legislation grants certain rights to victims from the moment they report their rape and throughout any medical or legal ordeals that follow. Those rights include being informed of their rights by law enforcement, access to a counselor and rape kit, notification of forensic results of a kit before it’s destroyed, and preservation of the kit the duration of the statute of limitations or until resources are available to test it.

Nguyen was nominated for the Nobel Peace Prize last year and is campaigning to get the legislation passed in all 50 states.

This article originally appeared on HuffPost.