Bastille Day is Saturday – which just so happens, illogically, to be this ardent constitutional monarchist’s wedding anniversary – which got me thinking: Why is everything classically French, decoratively speaking, pretty much spot-on?

AD100 interior designer Thomas Jayne once told me, “Nothing is more comfortable than an 18th-century French chair.” Argue all you like, but he is indisputably correct – and that’s coming from a California-bred Manhattan design star and scholar who is steeped in a love of traditional American furniture.

Generally speaking, the proportions of fauteuils and bergères created during the ancien régime are parfait, characteristics that are not lost in translation when it comes to reproductions high and low.

They cup you in comfort and invite you to linger, coaxing you to remain upright when necessary or seducing you into a more relaxed posture through that subtle curve where a chair arm meets the chair back. It’s not about sprawling, strictly speaking, but it is about lounging and relaxation, postures that were relatively new (and considered positively indecent by the old guard) all those centuries ago. 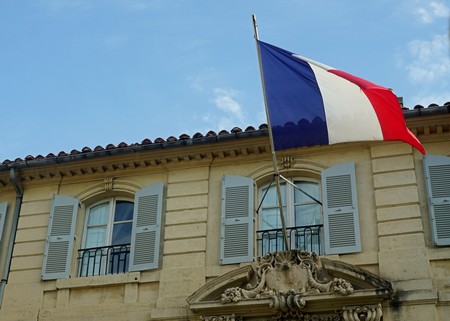 I own a set of Louis XV–style armchairs – probably made in the 1960s and painted in a pluperfect Palm Beach palette of snow white and emerald green – that keeps my guests and me à table long after the last crumb of dessert has been consumed. They’re honestly that satisfying, which stands to reason, given that the French, broadly speaking, have elevated living to an art form.

Cultural historian Joan DeJean explored this furniture-meets-physique phenomenon in her lively 2009 book The Age of Comfort: When Paris Discovered Casual – And the Modern Home Began (Bloomsbury, $18). From about 1670 to 1730, she has written, France was éntremblent with modern ideas of living, from decoration to plumbing. Cabinetmakers and clients tossed aside the unyielding aesthetics of the past in favor of seductive curves, plump cushions, and all manner of come-hither domestic improvements – one of them being the invention of the sofa and the occasional table as we know them.

These design advances were finely calibrated, thoughtfully planned, and almost exhaustingly ingenious – there seem to be as many specialized forms of chairs as there are regional cheeses. Small wonder that DeJean and other thoughtful Francophiles believe that once Citoyenne Capet (the much maligned lady formerly known as Marie Antoinette, Queen of France) set off in the tumbrel to meet her doom, nothing better came after, decoratively speaking. Basically, the argument goes, the intervening centuries have all been about reinventing the wheel. And not always for the better.

Last week, I was in Paris on business for all of 48 hours but had just enough time to visit the Musée Nissim de Camondo, a neoclassical 1911–14 mansion that has been a house museum since 1936. Count Moses Camondo (aka Moïse de Camondo, 1860–1935) could have chosen any decor popular at the time, but the Istanbul-born bachelor connoisseur (his wife, Irène, had run off with their stable master 13 years before the house broke ground) pursued the best of the best of the Louis XIV and XV periods, a time that umbrellas the aesthetic inventions that form the heart of DeJean’s book.

Camondo’s house, designed for him by architect René Sergent, is a soufflé of an hôtel particulier. Its buoyant volumes flirt, embrace, and eventually ravish, making it less a machine for living than a three-dimensional emotional encounter. (Not to put too fine a point of it, but the house seems to have been Camondo’s only post-divorce romance.) The furnishings, all top-notch, all deluxe, and many with glittering provenance, were carefully assembled by Camondo, and though the chairs and sofas and tables appear formal and perhaps fussy to some visitors at first glance, the logic they project and the comfort they embody put a lot of contemporary seating to shame.

Despite the Musée de Camondo’s giltwood and glitter, one can easily imagine enjoying the Camondo’s beloved spaces whether one is dressed in brocade or in blue jeans. And, I ask you, what other mode of furniture than the classical French variety looks as fab upholstered in costly velour de Gênes as it does in a funky repurposed cotton bedspread from Urban Outfitters?

Best of all, as many antiques dealers and auction specialists are painfully aware, French furniture of the 18th century hasn’t been fashionable in years, so it can be gotten for a song, relatively. So think twice about spending a packet on that envelope-pushing sofa that recently caught your eye – you can probably snap up, for a whole lot less, one of the French canapés that was a cutting-edge commodity back in the day. And then lounge on it to your heart’s content. 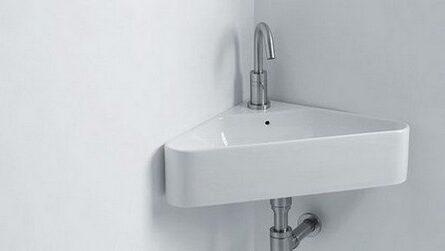 8 Small Bathroom Sinks That Will Make a Big Impact 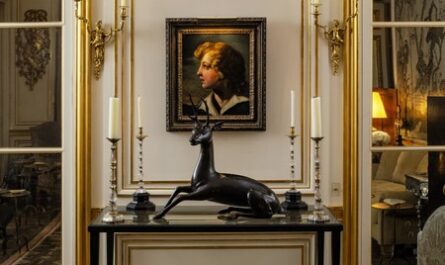