Season one, like the first novel, centred on Daphne Bridgerton’s burgeoning romance with Simon, the Duke of Hastings.

And if more seasons come – which they most likely will – chances are they’ll line up with the books, with each focusing on a different sibling. Fan theories suggest a hypothetical season two would zero in on Anthony Bridgerton, as he’s the focus of the second novel, The Viscount Who Loved Me. Diehard fans know this, but if you’re unfamiliar with the Julia Quinn Bridgerton book universe, set aside some time now and catch up.

Julia Quinn’s Bridgerton book set – which takes place in the Regency era in London – is a wildly popular and mega-successful series that follows the eight affluent Bridgerton siblings as they search for love and marriage. So it wasn’t a surprise when Netflix unveiled the Shonda Rhimes-produced series based on the books and it became an instant smash, reaching 63 million households in its first four weeks.

Below, a brief look into each Bridgerton novel – and where to buy them.

You’ve already seen this story come to life on Netflix: Daphne (Phoebe Dynevor) is looking to up her desirability on the marriage market, and Simon (Regé-Jean Page) wants the world to think he’s taken. So these two pretend to be in relationship so suitors find Daphne more interesting and singles back off Simon. The only problem? A real romance starts to develop between the two – and drama ensues. 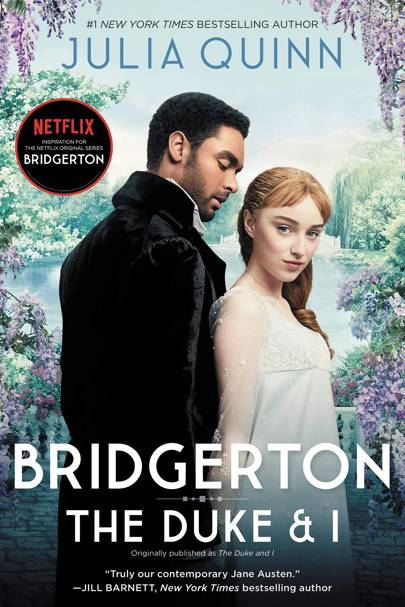 In this novel, Anthony Bridgerton has finally chosen a wife to marry, but there’s one obstacle in his way: Kate, his fiancée’s older sister, who’s determined to not let this union happen. Kate isn’t charmed by former playboy Anthony and thinks he’ll make a downright horrible husband. What happens, then, when sparks fly between the two? 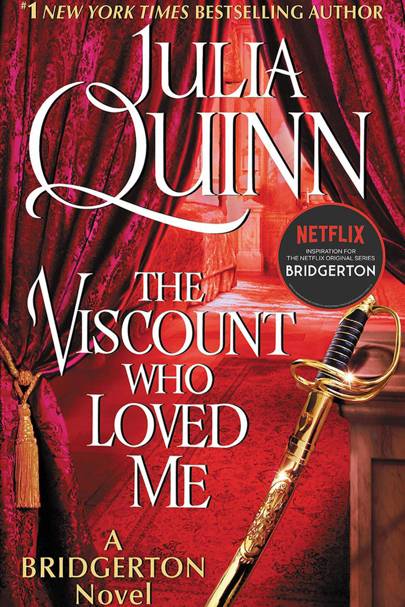 Benedict Bridgerton is the star of this story, which is a bit of a play on Cinderella. At his mother’s famous masquerade ball, Benedict becomes entranced by the mysterious Sophie, a servant girl with a wicked stepmother. Sophie thinks their romance must end when the clock strikes midnight, but Benedict becomes determined to find her – and marry her. 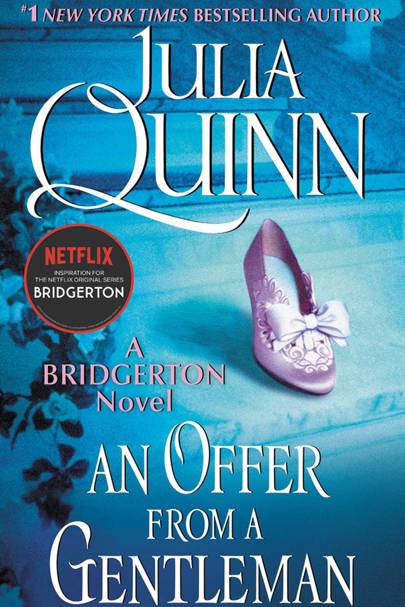 At last, Penelope Featherington gets her due! Book four focuses on the “Will they or won’t they?” relationship between her and Colin Bridgerton, whom she’s been crushing on since the beginning of the series. And when Colin returns from a trip abroad, he starts developing a crush too. 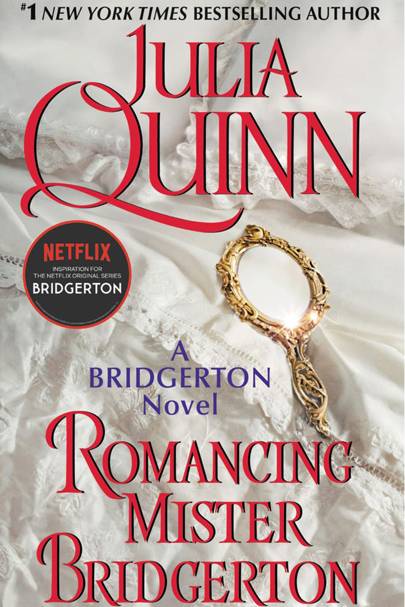 It’s Eloise Bridgerton’s turn to find love now, and she finds it in an unlikely place: with Sir Phillip, a rough-around-the-edges brute who’s the polar opposite of the London gentleman vying for her attention. But this seemingly imperfect man may be the perfect one for her. 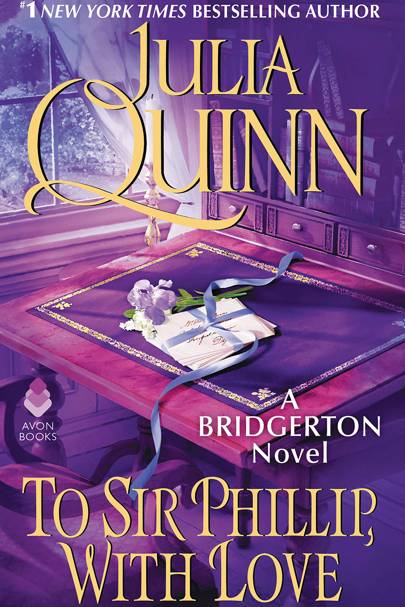 Playboy Michael Stirling’s heart stops when he meets Francesca Bridgerton, but she’s set to marry his cousin. Years later, though, circumstances change, and a relationship prospect is back on the table. But Francesca only thinks of Michael as a friend… that is, until one passionate night. 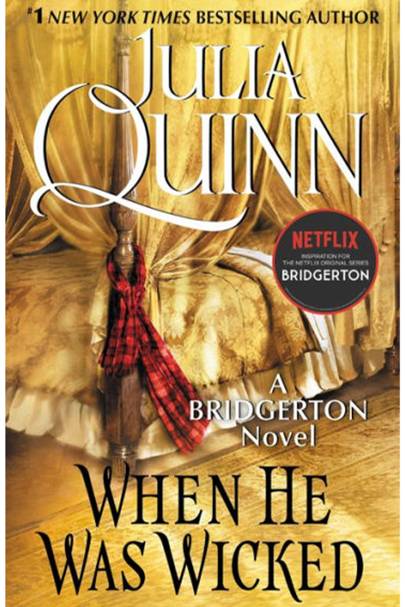 Book seven tracks the romance between Hyacinth, the youngest Bridgerton sibling, and Gareth St. Clair, who asks Hyacinth to help him translate his family’s diary, which contains vital information… and secrets. 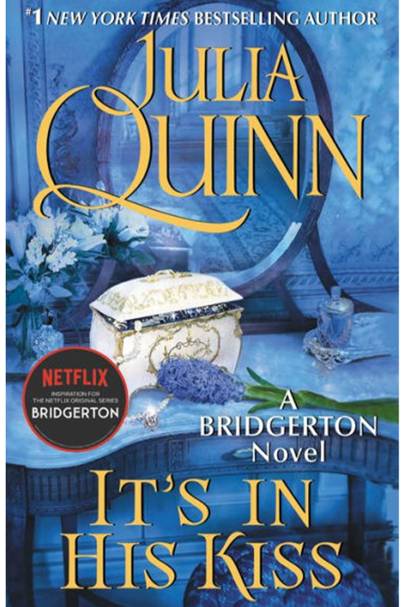 Talk about a love triangle. Here, Gregory Bridgerton is in love with Miss Hermione Watson, whose heart belongs to someone else. But her best friend, Lady Lucinda Abernathy, doesn’t approve of the relationship. So Lucinda agrees to help Gregory win Hermione over. Along the way, though, Lucinda falls in love with Gregory. The catch? Lucinda is also engaged to someone else. 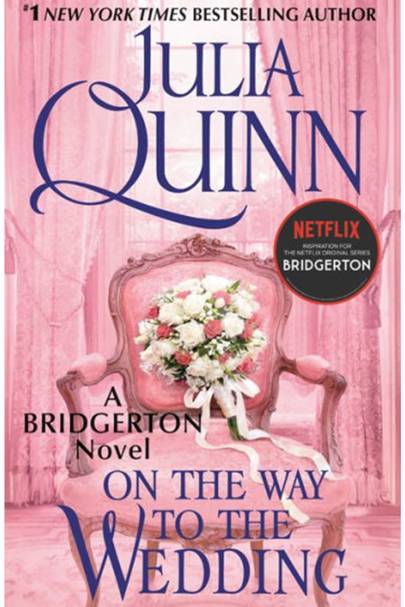 The Bridgertons: Happily Ever After (2013) 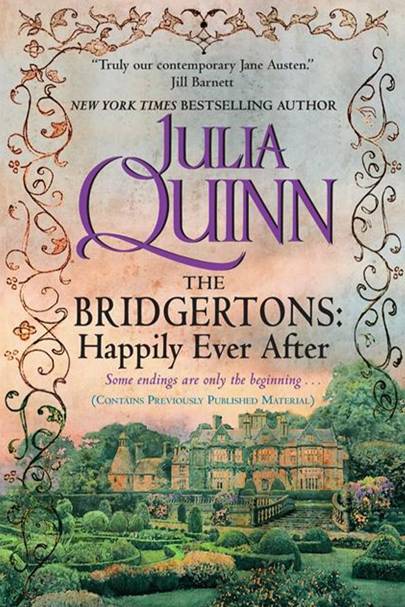 This ninth novel contains a series of epilogues that take place after the original eight books.

Vote now for your chance to win a Bamford Wellness Spa sesh for two, plus an epic goody bag