But there’s a catch…

Keanu Reeves as Neo in The Matrix Reloaded

Today, in confusing entertainment news: Lilly and Lana Wachowski are either working on a new Matrix movie – or they’re not.

John Wick: Chapter 3 – Parabellum director Chad Stahelski, based on the way he worded at least one statement in an interview with Yahoo Movies UK, seems to think it’s happening. But an update to  the story about this rumor indicates he was dealing in hypotheticals. 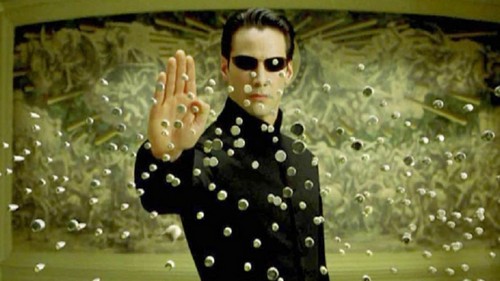 «I’m super happy that the Wachowskis are not just doing a Matrix, but they’re expanding what we all loved,» Stahelski told Yahoo Movies UK. “And if it’s anywhere near the level of what they’ve already done, it wouldn’t take more than a call to go, ‘Hey, we want you to be a stunt guy’ and I would probably go and get hit by a car.”

Surprised, we followed up by asking if the Wachowskis were directing the new film. “I’m not sure of the overall,” Stahelski replied. “I’m not sure if Lana is.»

Sounds pretty sure, doesn’t he? Asked if Wachowskis definitely were involved, he even doubled down, saying, «Yeah. And if they wanted help, I would absolutely put down whatever I was doing to help them.»

Get excited! Or maybe not. One of Chad Stahelski’s reps reached out after the story was out there. From SlashFilm:

Update: A representative for Chad Stahelski has reached out and let us know that the initial report was inaccurate. His comments were in response to a hypothetical scenario were the Wachowskis would be involved and he did not confirm them being attached to the new film…

The director didn’t word his statements like a man responding to a hypothetical scenario. That said, Hollywood likes to keep things close to the vest for as long as is practically possible, so even if the director – who Wick star Keanu Reeves when he worked as Reeves’s stunt double in The Matrix – was being real, it’s understandable that someone wanted to put the brakes on any «new Wachowski Matrix movie» rumors. 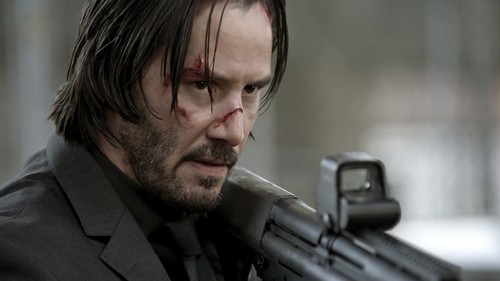 That there may be a new Matrix movie in the works is a fairly old rumor, but the Wachowskis being involved would’ve been a new level of intriguing, especially given that the first trilogy seemed so tied up in a bow – and that Keanu Reeves would do it if the sisters were back in the directors’ chairs.

«That would be a gift,» he once said regarding the possibility of getting a great new Matrix script from the duo, «I wouldn’t say no to that. Yeah.»

So while the fate of any new trip into that green-tinted world is up in the air, the opening of the third installment in the best action trilogy since the Matrix movies, John Wick: Chapter 3 – Parabellum is not.

It’s in theaters May 17, and critics say it will definitely be worth your while.