We have some bad news: the debut season of John Krasinski’s impromptu talk show, Some Good News, has come to an end. Now here’s the good news: the finale was quite the episode.

In addition to announcing the arrival of quirky merch, proceeds of which will go to charity, the actor tapped various fans of the show to appear as correspondents.

The heartwarming community-themed episode also featured a blooper reel that, among other gems, revealed John pairs his jacket and tie with basketball shorts. As for the weather update, though Brad Pitt is hard to follow, viewers from all over the world called in to the report that the weather looked “pretty good.”

“All the pleasure and all the inspiration has been mine.”

Then, John delivered a final tearjerking segment titled “What This Show Means.” “On a very personal note, I can tell you that I will never be able to properly articulate just how much this show has meant to me, and what a tremendous honor it has been to share in all of it with you,” he said. 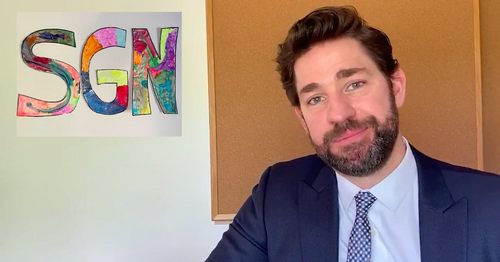 “Because the truth is, I have been so blown away by the messages I have received saying how joyful this show makes you – how uplifted you and inspired you all can be – but I assure you, all the pleasure and all the inspiration has been mine.” Watch the finale in its entirety above.

Cuuute! Priyanka Chopra Shared a Selfie From Her First Date With Nick Jonas 2 Years Ago

Nick Jonas and Priyanka Chopra are celebrating a sweet milestone: May 25 marked two years since they officially began dating after being introduced through a mutual friend, and the couple shared some heartfelt words in honor of the anniversary.

“It has been the best two years of my life.” 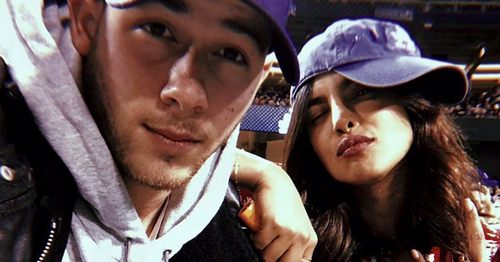 Accompanying a selfie taken during her first date with Nick at Dodger Stadium in Los Angeles, Priyanka wrote, “2 years ago today we took our very first picture together. Every day since then you have brought me endless joy and happiness.” She added, “Thank you for making our life together so incredible. Here’s to many more date nights.” In his anniversary post, Nick wrote, “This beautiful woman and I went on our first date two years ago today.

It has been the best two years of my life, and to think I am lucky enough to get to spend the rest of my life with her is such an incredible blessing.”

Nick and Priyanka famously got engaged on July 18, 2018, after two months of dating, and they married in December of that year in an elaborate ceremony in Jodhpur, India. (Serious question: how does it feel like that wedding happened both yesterday and a lifetime ago? Time is weird these days.) Enjoy the cute dating anniversary posts ahead.

Patsy Stevenson: She’s given that been ‘suched as’ by 50 law enforcement agents on Tinder