Jesy wrote on Instagram Stories: “I just want to say thank you so much to every one of you that has shown me so much love and support over the past few days.

“Some of your messages have made me feel so emotional and I appreciate it so much love you all.”

Now, four days after announcing her decision to quit, Jesy has revealed how emotional the ‘love’ has been making her and just how grateful she is for the ‘support’.

It’s the first thing the 29-year-old singer has said on the matter since posting a shock statement on Monday night declaring that her time in the girlband had come to an end after nine years. 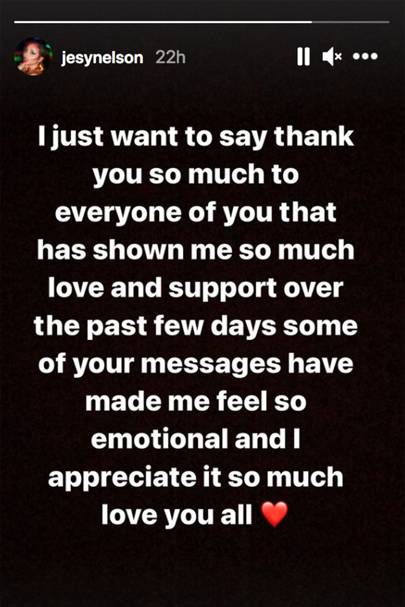 “The truth is,” she wrote. “Recently being in the band has really taken a toll on my mental health. I find the constant pressure of being in a girl group and living up to expectations very hard.

“There comes a time in life when we need to reinvest in taking care of ourselves rather than focussing on making other people happy, and I feel like now is the time to begin that process.”

Jesy’s bandmates Perrie Edwards, Jade Thirlwall and Leigh-Anne Pinnock were the first to share their support, despite how sad the departure made them. 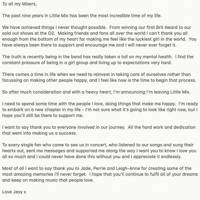 “This is an incredibly sad time for all of us but we are fully supportive of Jesy,” they wrote in a statement.

“We love her very much and agree that it is so important that she does what is right for her mental health and wellbeing.”

Perrie, Jade and Leigh-Anne will continue to make music and tour in 2021 as a trio because they are ‘not ready’ for the journey to be over.

Before announcing her departure, Jesy hadn’t been on Instagram since Halloween and she recently missed the band’s TV appearances on The Jonathan Ross Show and Strictly Come Dancing.

Her award-winning September 2019 documentary Jesy Nelson: Odd One Out, in which she discussed internet trolling and her attempted suicide, publicly brought to light many of her mental health battles.

The documentary became BBC 3’s most-watched factual entertainment programme ever and won a National Television Award as well as endless praise from viewers.

Does Posture Matter in Meditation?