As many social media-savvy mothers can attest, mommy-shaming on the internet is as rampant as, well, other breeds of shaming and blaming. Jessica Simpson is the latest victim of the unfortunate trend after posting a picture of herself and her 5-year-old daughter, Maxwell, trying on products at a MAC store.

“This is NOT an #ad, @maccosmetics is my daughter’s favorite store! Mommy-Daughter Day with #MAXIDREW #girlygoth,” Simpson wrote underneath the photo, in which Maxwell sports a haphazardly-applied dark purple lip. It’s a sweet reminder of the fascination many of us had as children with cosmetics and the big-girl beauty habits of our mothers, but not everyone saw it that way.

In fact, the comments section of Simpson’s post quickly broke into a heated debate about whether or not children would be allowed to experiment with makeup. “Her favorite store?? OMG. She should be playing outside or learning about the world not sitting in a chair putting on make up at MAC. What’s wrong with you?” wrote one commenter. “She’s too young for make-up. You’re going to regret it. Trust me,” said another.

The thing is, it’s unfair to assume that just because Maxwell enjoys putting on makeup with her mother that she isn’t also “playing outside or learning about the world.” The two things aren’t mutually exclusive, and to pretend that they are smacks of sexism. 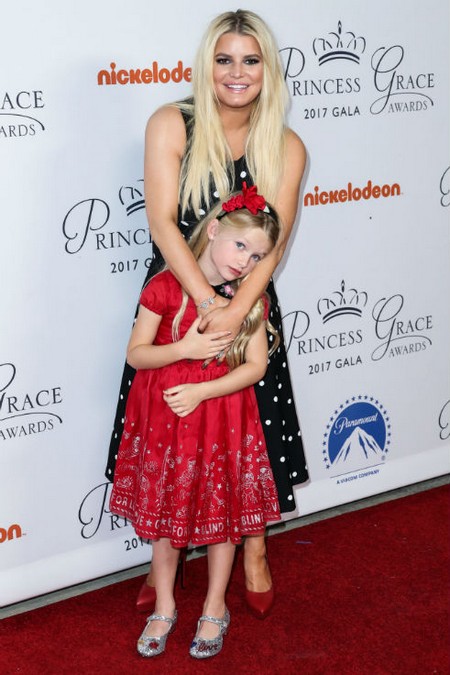 A quick glimpse at Simpson’s Instagram reveals pictures of Maxwell hiking, playing guitar, and playing with her brother, so there’s no reason to believe that makeup is her only interest. One could also argue that teaching a young girl that makeup is something to be saved for “when she’s older” unnecessarily sexualizes it, when, as we all know, women have myriad reasons for wearing makeup that have nothing to do with conforming to the desires of men.

But more importantly, Simpson didn’t ask these people for parenting advice. Shaming mothers (and fathers!) for their parenting choices is incredibly unfair, especially given that often, the people doing it have no idea of the family’s actual circumstances or the reasons behind their decisions.

According to a report released this year from the C.S. Mott Children’s Hospital at the University of Michigan, six in ten mothers with children between ages 0 and 5 say they have experienced unsolicited criticism for their parenting decisions. “When you’ve struggled with something and decided that the best thing is X and you see someone choosing something else, it calls into question your choice a tiny bit – and therefore, they must be wrong,” the study’s co-director, Sarah Clark, told Yahoo.

At the end of the day, all of us – particularly those of us with young kids – are just doing the best that we can. And, as far as I know, wearing a little bit of lipstick with mom never ruined anybody’s childhood. 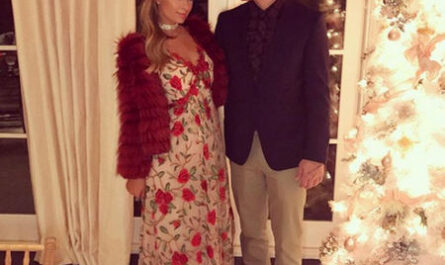