Paris, not unlike New York, is a metropolis that has been filmed, photographed from every conceivable angle, and depicted in 2D, 3D, and virtual reality. In short, it is a city that has such a special place in the collective imagination that trying to say something original about it is an exercise in futility.

It so happens that French architect, designer, and decorator Jacques Garcia is not only well aware of the clichés that envelop every destination but, in fact, loves them and seeks them out – just to turn them upside down, albeit in a subtle, tongue-in-cheek way that has become the hallmark of his eclectic style.

Over the years, he has become a master of walking – or, it might be more apt to say, of performing a gracious tap dance along – the thin line between the historical and the unexpected, the familiar and the resolutely new, imbuing everything he touches with a particular sense of style that gives you the impression you’re seeing something you have always known, yet rediscovering it completely.

The exterior of the d’Orsay, in New York’s Meatpacking District. 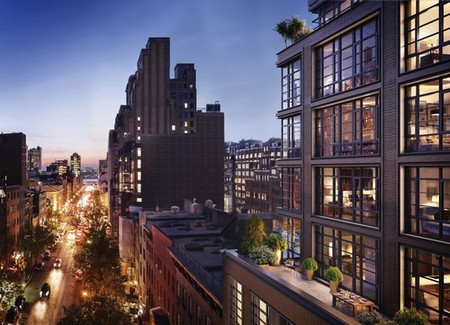 Situated in the now-gentrified Meatpacking District, his latest creation is gingerly called the d’Orsay, most certainly a wink to the famed Parisian museum, which was converted in 1981 from an Art Nouveau railway station into a museum by architect and designer Gae Aulenti, in a style no less eclectic than Garcia’s own work.

Describing himself as the “Dr. Jekyll and Mr. Hyde” of design, excelling both at maximalist and minimalist approaches, Garcia maintains he is on a constant mission to rethink taste, luxury, and lifestyle. The 11-story d’Orsay, holding a total of 21 residences, retains the building’s former industrial language, yet enhances and elevates it into a unique kind of ornamentation. Metallic beams and bronze detailing melt into pared-down craftsmanship, as seen, in one example, in spacious and relaxed eating spaces. Open kitchens (what the French call “cuisines americaines”) are a highlight of each apartment. “And I lowered all the tables,” says Garcia. “It’s a simple detail that changes everything – the atmosphere and the etiquette of the meal.”

Instead of straightforward nods to French history, the d’Orsay displays a joyful mix of pan-European sensibility and art de vivre: A plunge pool and spa come with subtle Art Deco–esque touches, like midnight-blue mosaic walls adorned with simple repetitive circular motifs – “not kitschy imitations but something rethought and reworked for the space,” Garcia points out – making for gym areas that are as beautiful as they are practical. It is clear that the designer, whom the French media has often referred to as a “créateur d’ambiance,” has more in mind than just pretty interiors. “People socialize at gyms,” he says.

“I hope each space here can become an area of life and encounter.” Natural light was of paramount importance. “What most interests me is how people will inhabit the space and interact in it, and I always think of the light because the way you feel about your appearance will affect your interaction to the person you are talking to,” he says. “The aim is not to create a decor but an extension of who you are; an environment for families and friends.”

This, in turn, implied rethinking what luxury means to a modern consumer. In Garcia’s view, authentic luxury is no longer connected to historicity and collecting ancient objects, but entirely open to interpretation. “The relation between old and new has evolved,” he says. “The Meatpacking District doesn’t have the same history a Parisian street might. Here, people look for a different sense of value and aesthetics.” Avoiding ostentatious detailing and retro moldings that he might have used in previous works such as the Costes, he instead opted for sharp, angular spaces reminiscent of industrial architecture.

This approach recalls Garcia’s Parisian upbringing, where he was raised not in the capital but in a suburb. “In the middle of ugly concrete towers, but with parents with excellent taste,” he says, he learned the importance of detail and of creating an elevated sense of home that is respectful to its local environment. “One should never mimic a preconceived idea style,” he says. “It’s kitschy and shallow. Instead, remember the skill set a region might have and work with local artisans.” He points to the woodwork in India, the zelliges in Morocco, the glasswork in New York, the stucco in France. At the d’Orsay, hewing to this philosophy meant respecting the neighborhood’s traditional apparent bricks, graphic metalwork, and palette of earth tones and teal.

A great room in one of the apartments.

Inciting such local dialogue in a globalized world seems to be a personal challenge Garcia issues to himself, time and again. These days, he says, “People buy art, or invest into something, not because it touches them but because everyone else has agreed it is good. This is precisely what I avoid.” His aim at the d’Orsay was far more genuine: to inject a sense of warmth and individuality that would nevertheless appeal to a worldwide clientele. Still, he maintains that his contribution represents only the beginning of designing a residence like this one. “The people who worked on this building, like the ones who will live in it,” he says, “will together bring the d’Orsay a sense of personal history and soul.” 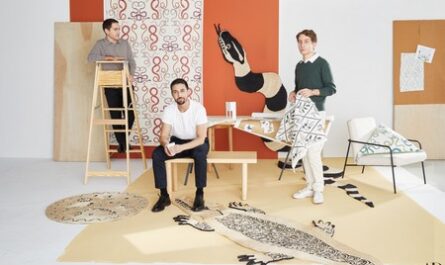 Charlap Hyman Herrero May Just Be the Next Big Thing 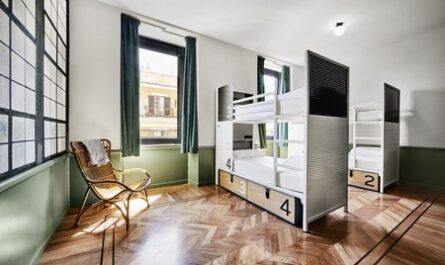 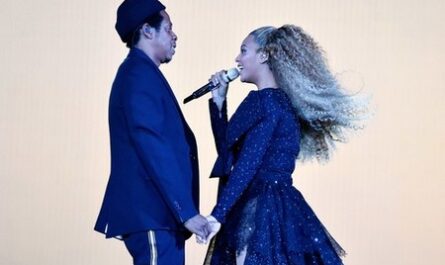