Since coming out, Samra has founded an inclusive mosque open to LGBTQ members, travelled the world photographing extraordinary LGBT muslim women and, most recently, has penned her experiences as a queer Muslim woman in a poignant new memoir, We Have Always Been Here.

The process of coming out as a queer Muslim woman was very gradual. I had to first come out to myself and then, slowly, to more and more close friends. When you grow up in a religious household as a Canadian immigrant, it’s not easy to embrace who you are, because you’re fearful about the repercussions. I knew it would strain my relationship with my parents which even today remains a work in progress.

I began working on a street-style queer Muslim photo project in 2015 named Just Me and Allah, where I travelled the world taking photographs of LGBTQ Muslims. This was my way of making sense of my identity and building a really supportive community who I felt comfortable coming out to at 35.

These are the people who will give you your validation, not the label attached to you. 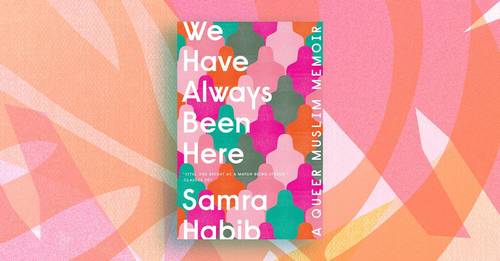 One of the reasons I chose to speak out about my experiences was because of the lack of visible Muslim queer women to act as role models, and the toll that takes on young women who don’t see anyone they can identify with. Growing up, there were a couple of times I self harmed and I don’t think this would have happened if I’d had a role model to look up to.

I’ve gone through some really traumatic experiences, but I’ve come out the other side feeling more empowered than ever before – I want others to feel that same sense of hope. My best advice for people struggling to come to terms with their identity is to look for people you admire, who you want to model yourself after.

For a lot of my life, I found myself running away from the trauma I experienced as a younger person but writing the book forced me to confront myself for the first time. It gave me an opportunity to put the pieces of my puzzle together and realise why I am the way I am. It gave me an increased self-awareness, as well as the tools I need to navigate life and deal with everyday conflict.

Of course, there are still daily challenges I face as a queer Muslim woman. Online trolls can wear you down, but you have to ignore them. And it can be exhausting being the only one in the room who represents my kind of experience. The challenge is getting people to see the world how I see it, because that’s not usually their reference point. It’s all about education and challenging people’s perceptions. I won’t stop talking openly about being queer. Never.