ITV’s new three-parter ‘Stephen’ is landing this weekend, and it’s the show we’re all going to be talking about back in the office on Tuesday. Set in 2006, it’s a sequel to the 1999 film, The Murder of Stephen Lawrence, that investigates what really happened to Black teenager Stephen Lawrence in 1993.

In short, the OG film represented Lawrence’s murder, the pointless police investigation, and the cover-up that followed. It was produced with the blessing and collaboration of Lawrence’s family, and the same applies with the new series.

ITV said: “The production team are producing this sequel with the full support of the Lawrence family, most notably Baroness Doreen Lawrence and Dr Neville Lawrence, who have given the drama their blessing.” Here’s everything you need to know about Stephen.

What is Stephen about?

It’s based on the true story of Black British teenager Stephen Lawrence, who was brutally murdered in 1993 in a racially-motivated attack while waiting at a bus stop in Eltham, London.

Stephen’s family tirelessly campaigned for justice, and it wound up in a public inquiry which branded the Met Police racist, and caused lasting changes in the law. That said, it wasn’t until 18 years after Stephen’s death that his killer was brought to justice, as the police failed to convict those responsible.

According to ITV: “Stephen tells the story of the ongoing struggle by Doreen and Neville Lawrence to achieve justice and how a detective, Dr Clive Driscoll – working closely with the Lawrences – puts together an investigation that finally – more than 18 years after his death – secures the convictions of two of the gang who committed the murder of Stephen.”

I’m Alan Partridge and The Trip star Steve Coogan plays the role of DCI Driscoll – who brings the convicts to justice. Speaking to the Radio Times, Coogan said: “It was an honour to play Clive really, because as an actor I don’t often play nice people. So it was a nice change for me to play someone who had integrity, simple unannounced integrity if you like.”

The real-life former DCI Clive Driscoll, meanwhile, has thanked Coogan for taking on the role and “keeping Stephen’s story out there”. 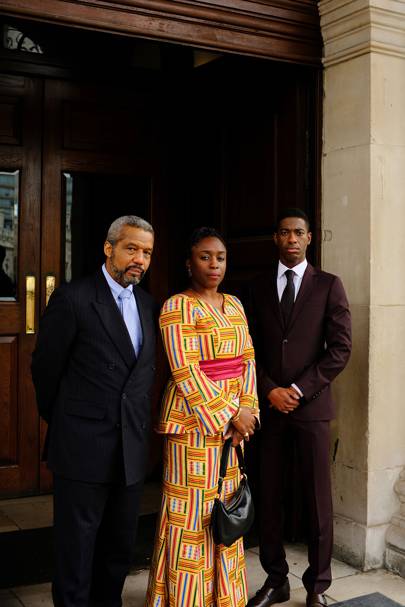 When is Stephen out?

We can confirm that the first episode of Stephen will air at 9pm on Monday 30 August. The original film, The Murder of Stephen Lawrence, can be streamed on BritBox, if you want to get up to speed on that first.

Is there a trailer for Stephen?

The ITV has shared a brief, first-look trailer.