Speaking about the release on Instagram Taylor said, “Before this year I probably would’ve overthought when to release this music at the ‘perfect’ time, but the times we’re living in keep reminding me that nothing is guaranteed.

My gut is telling me that if you make something you love, you should just put it out into the world. That’s the side of uncertainty I can get on board with.”

Folklore may have been born out of uncertainty but what Folklore symbolises is a certain woman. One at the height of her power and fame taking control of her own career and her own narrative arch. For a singer whose masters of her back catalogue was sold by music manager, Scooter Braun without her knowledge the move is nothing short of inspired and the music is all the more inspired for it. There was no heavily orchestrated release campaign, no huge build up, just a release.

It was all expertly played out in Taylor’s own hands and the first video for the album, for the song Cardigan is a further symbol of that as she not only stars in it, she directs it, does her own hair, makeup and styling. Skills. 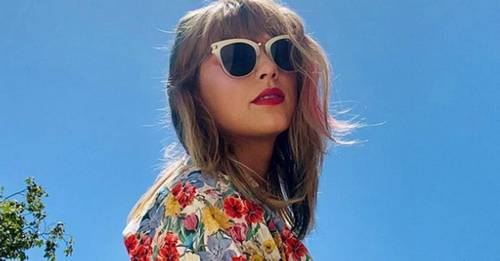 No song on the piano based almost indie album symbolises this more than Mad Woman where Taylor further explores, in a more refined spirit than her album Reputation, the public fall our she had with Kim Kardashian West and Kanye West. In the song she sings, “Now I breathe flames each time I talk / My cannons all firing at your yacht/ They say, ‘move on’ / But you know I won’t.”

Her eighth album, Folklore was created solely in lockdown. That’s right whilst we have attempted to either get fit or master a banana bread, Taylor Swift put pen to paper, picked up her guitar, sat down at her piano and created an entire album consisting of 16 songs. The results provide an introspective escape for all, a piano based pill of escapism which personally left me feeling not only content but at peace with the swirling and at times overwhelming world we are living in.

The lines speak of what it would have been like if the 30-year-old had truly spoken her mind and the vilification she would have experienced publicly. Nothing speaks of the gender double standard than the lines from Mad Woman, “What a shame she went mad/ No one likes a mad woman/ You made her like that / And you’ll poke that bear ’til her claws come out/ And you find something to wrap your noose around /And there’s nothing like a mad woman.”

Cardigan continues the narrative as she poetically says how after years of the public tearing apart of her private life and her various relationships, how happy she is to have found that one person who does not care one bit about her past, Joe Alwyn. I have said it before and will say it again, if a man had written at length about their relationships not a single person would have criticised them, however Taylor was never afforded that reprieve.

Taylor said the album was filled with her, “whims, dreams, fears, and musings,” but as always as the storyteller of her generation she has created an album that accurately muses on OUR lives, The 1 will leave you contemplating the relationships that have been and possibly might lead to you texting your ex whilst Epiphany reflects on the global pandemic we have all lived through and spent months self-reflecting with lines like, “Something med school did not cover/ Someone’s daughter, someone’s mother / Holds your hand through plastic now ‘ Doc, I think she’s crashing out.”

Many will class this as an indie album but it’s more than that because Taylor time and time again refuses to be pigeon-holed and labelled. We have had the country-based albums, we have had the pop bangers of 1989 and Reputation and now we have an album that cannot be described as anything but genius. In a world where women are still continuously labelled, mostly against their will, this album symbolises so much more than a genre. It’s a movement. It’s a feminist tome without you even realising at first. As Taylor says herself in Illicit Affairs, “don’t call me kid.”

Barbara Walters once said, “Taylor Swift IS the music industry,” and Folklore is firmly testament to that. Taylor we don’t just stan, we worship at your altar of brilliance.

Could we be getting a third ‘Mamma Mia’ film?