Considering we spend up to 90 percent of our time indoors, this can have some pretty serious implications for your skin. “While acne is multi-factorial, pollution and chemicals in the air can contribute,” says Michele J. Farber, MD, FAAD, of Schweiger Dermatology Group in NYC. “Volatile organic compounds, or chemicals in the surrounding air, can cause skin irritation, inflammation, free radical damage, and interfere with the skin barrier, which can flare acne.”

When a rogue pimple pops up on your face, your first reaction is to find a way to get rid of it, stat. But what caused it in the first place? While you may be well-versed in the common causes of acne – sleeping in your makeup, eating too much sugar, and hormones, to name a few – there’s one thing you may not have realized is contributing to your breakouts: The air in your home, or in other words, indoor air pollution.

The link between acne and pollution has gotten a lot of attention lately, but as it turns out the air inside of you home can be doing just as much damage as the stuff outside, too – if not more. “When we think of the term ‘air pollution,’ we tend to think of car exhausts or factory fumes expelling gray smoke,” Prashant Kumar of the University of Surrey, who ran a study on indoor air quality, told CNBC.

“However, there are actually various sources of pollution that have a negative effect on air quality, many of which are found inside our homes and offices. From cooking residue to paints, varnishes and fungal spores, the air we breathe indoors is often more polluted than that outside.”

VOC’s can be found in things like paint, disinfectants, cleaning supplies, and air fresheners. The first step to getting rid of them is switching over to the natural, non-toxic stuff, which is generally safer anyway. Dr. Farber also suggests letting fresh air into your home as frequently as possible. But if you’re really worried about the quality of air in your home, invest in a device that helps monitor the levels of toxins and chemicals floating around, like this one from Awair Glow. To take it a step further, use it as an excuse to turn your home into an urban jungle and invest in naturally purifying plants like snake plants, Boston ferns or aloe.

As far as treating skin that may be dealing with air-induced acne, Dr. Farber advises washing your skin with a gentle cleanser and adding in an antioxidant serum to reduce the effect of environmental damage. And then? Get the heck outside!

Not only did she give fans a sneak peek at the packaging and product, but she also gave it a try, showing off an edgy, cool full-length of her outfit, which was topped off with the pigmented navy lip. Who better to model the new hue than Rihanna herself?

It’s safe to say 2018 is the year of the lipstick as the product is making a major comeback, with big brands favoring more traditional formulas in place of the liquid matte lips that took over the market in recent years. Not only can we expect new lip launches from both Rihanna and Kylie Jenner, but Kylie’s big sis, Kim Kardashian, is also dreaming up a lipstick launch for her KKW beauty line in 2018.

As for us, we’re patiently waiting for the latest FENTY lip to drop…after all, there’s no better way to show your affinity for the RihannaNavy than with a matching lip look. 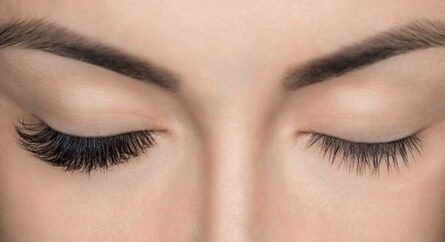 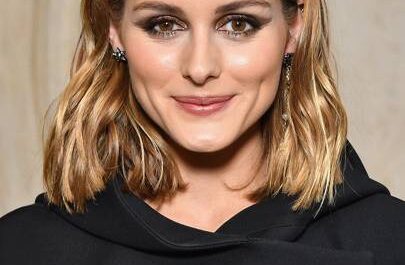