The seven-part drama series explores the first year of the second world war through the ‘intertwining fates’ of ordinary families in Britain, Poland, France, Germany and the United States and the devastating effects the war had on their lives.

Thanks to the success of Downton Abbey, costume dramas have become ubiquitous on our screens in recent years. Our latest obsession? World on Fire, BBC’s sumptuous new period drama set during World War Two.

Oscar-winning actress Helen Hunt leads the cast in her role as US journalist, Nancy Campbell, who is determined to broadcast the truth about Nazi plans for invasion. She is joined by Lesley Manville, Sean Bean, Jonah Hauer-King, Julia Brown and Zofia Wichlacz.

In the first episode, which aired on BBC One last night, viewers were introduced to several families living across the UK, Poland and Germany in 1939. 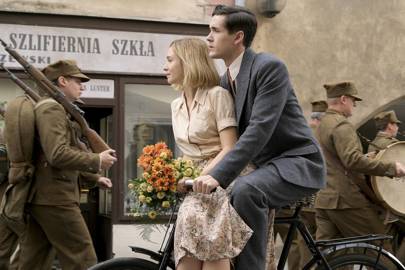 Amongst the dramatic series of events that took place was the siege of Gdańsk which saw roughly 60 Polish volunteers hold off German troops for 15 hours before being forced out when petrol is poured into the basement. This marked the beginning of the German invasion, and one of the first events of WW11 in Europe. 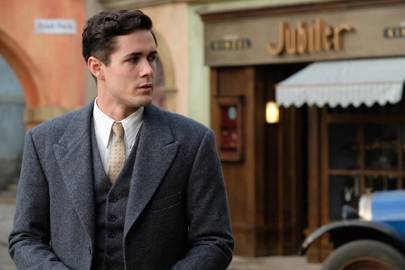 The series has been met with widespread praise for its heartbreaking portrayal of the events that occurred in the year of 1939. One user wrote: “#WorldOnFire is a prime example of why the BBC is one of the best producers of dramas across in the world.” Another said: “#WorldOnFire loved it, that ending! It was especially powerful because it started in Poland, the French think they are safe, the Americans think it’s nothing to do with them. Yet the viewer knows what the next 6 years will bring. Just brilliant, can’t wait for next week.” Others praised the series for depicting the courage and bravery of Poland in WW2.

Fans also wasted no time comparing the series to Peaky Blinders which has just wrapped its fifth series. “So #PeakyBlinders ended with Mosley and #WorldonFire starts with Mosley? Accidental or clever scheduling?”, wrote one user, whilst another said: “My word, that was a seamless transition from #PeakyBlinders to #WorldOnFire on Sundays with the Mosley connection!” 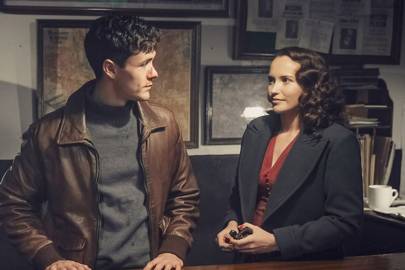 From Peaky Blinders to World on Fire, Sunday nights have never looked better! 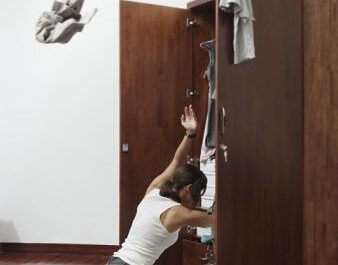