As our fellow countrywoman with the growth of inch (she stands in the category to 158 cm) was the most harmoniously built woman in the world and how she copes with traditional female weaknesses, the correspondent of SE recognized.

Anna, how such a fragile girl came up with the idea of ​​doing bodybuilding?

It all started with a personal acquaintance with my trainer Nadezhda Lobozina. We met when we worked in show business: we danced. Hope performed with demonstration programs in the nightclubs of our city. It was about 10 years ago, at that time Nadezhda was engaged in bodybuilding – and already was a champion of Russia. At one point, she noted that I have very good data for bodybuilding and that I have every chance of achieving success in it. I answered that I like to watch such competitions, but I did not have any desire to do it myself: it’s not for me. Then we ended the conversation.

In December 2004, we saw each other again, and Nadezhda mentioned that a new sport appeared – bodyfitness. I did not know what it was, at that time it was generally very few people know. Hope invited to see the photos from the competition. “You should like it,” she remarked. I then visited her and saw in the magazines: there are beautiful girls, on heels, in earrings, with hairstyles, make-up … Girls, unlike men. I immediately said “I want”. And since January 2005 has already started to train. 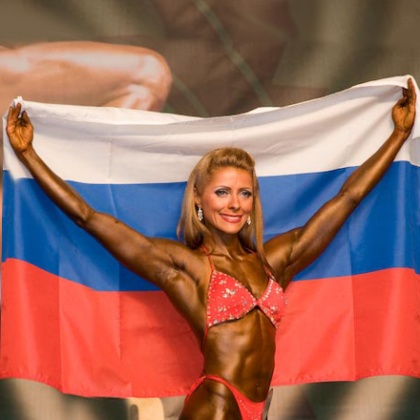 In the eyes of a man in the street, there are a lot of muscles in both, and there …

These are completely different kinds of sports. In bodyfitness, the emphasis is not on the amount of muscle, as in bodybuilding, but on the harmony of the figure as a whole. The proportions, the presentation of oneself, femininity are estimated. 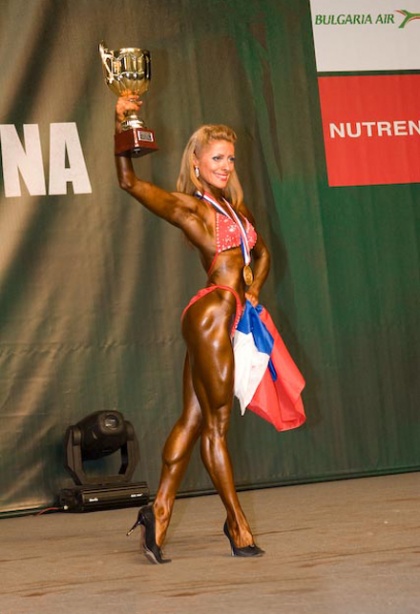 Do you consider your figure feminine?

Yes. My ideal is athletic femininity. For women who have never been involved in sports and have been bored with extensive cellulite, this figure may seem like a masculine one …

Did you face the problem of urgently adjusting itself, as happens to most ordinary women?

Before the competition, athletes put on the body a special make-up

Certainly. For those involved in sports, competes in competitions, the peak of the form is just for the competition. Three days later it is completely different people: ate, drank – the form is not the same (before the competition you can not even drink). When there are periods of off-season – in some athletes the difference in weight can reach 10 kilograms. Of which, of course, there is also fat. But training includes a special diet called “drying” – when fat is reduced to a minimum before the competition …

Do you have to limit yourself in ordinary life, to diet?

Any preparation for the competition includes strict limitations. But on the other hand, if there is not, there will be no result. This is a matter of motivation. From the point of view of “just to participate” in competitions I’m not interested. I’m interested in winning.

Are you not tempted to eat a candy or a bun?

To be honest, I do not like rolls at all. As for sweets: I know that I want a gold medal no less. And I can absolutely calmly pass the cake on the festive table. Many people do not understand me. I know when you can, but when you can not. At the same time when it becomes “possible” – I just do not want to.

Do you take any special supplements that help keep yourself fit?

Protein cocktails, amino acids, special sports nutrition – all this we use. But this does not mean that you can eat a pill and lie quietly on the couch, and the fat will melt at the same time. The fat burners are good only for obtaining energy for training. In order for the result, training should be combined with proper nutrition. If you actively go to the gym and there is thus all in a row – the effect can not be achieved. 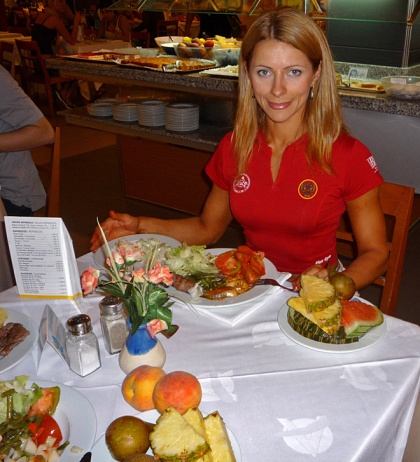 Do you follow all the rules of proper nutrition? You do not eat after six?

( Laughs. ) Now, after the competition, I want to start following this rule. In fact I understand, that in the evening all eaten lays down a cargo and is not digested. It’s better to be hungry, and get up and eat normally in the morning …

To win gold, you need to choose the right dishes

For breakfast, I like to eat oatmeal porridge – the most simple, without sugar or sugar replacer. If you cut an apple or add frozen strawberries or raspberries, for example – I get great pleasure. In the afternoon I eat several times, in 4-5 receptions. I love chicken, fish, meat.

That is, you have a rational eating habits?

I hope, although sometimes it is difficult. Today, for example, I went shopping, at the shelves with a sweet sigh … and walked past. In the daytime, too, it is not always possible to have a snack with the right food. Sometimes, you eat chocolate, and then you realize – and hunger is not quenched, and no good.

Anna, you are a woman with a strong will. Do you agree with the statement that men are afraid of strong women?

No, thank God, I did not encounter such. With my husband, I was lucky – training with workouts, and family with family. We must be able to share these concepts, and switch homes. Thank God, I succeed.

Your daughter does not want to become an athlete?

She is now twelve. She loves equestrian sport, she did it last year. She is also fond of rhythmic gymnastics, she danced in the studio “Todes”. But I never forced her to go in for sports. I think that you can not force it at all. The main thing is desire and inner enthusiasm. 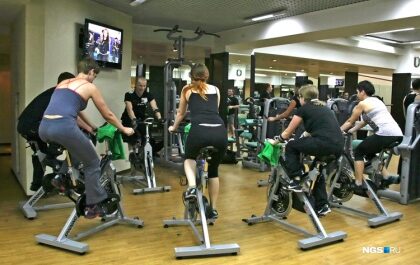 How robots are grasping the art of gripping