Many of our compatriots found their own family happiness and well-organized life abroad. The story of Olga and Eric Shogren is unique in that in the 1990s young people ventured out of the civilized and comfortable USA into a savage Russia that was just beginning to develop and therefore so promising.

In Novosibirsk, Eric and Olga set to work: they opened the first American pizzeria in the city. For more than ten years the family business has become a group of companies New York Pizza. The correspondent of SE talked with Olga about the family, career and how it can be successfully combined.

Everyone is accustomed to believe that there is an abyss between Russian and American culture. Did you interfere with the creation of a family belonging to different cultures?

This is too strong a word – “interferes”. If cultures really have strong differences, the people brought up in them have different ideas about the world. And this must somehow manifest itself in everyday life, in behavior, in the difference of relations to the same things. I think that in our case there is no significant difference, it seems to me that Americans and Russians are very similar.

Perhaps it is the consequences of the Soviet era (when foreigners were wary), but in society there was an opinion that marriage of representatives of different cultures is a “time bomb”. What do you think about it?

I think that this opinion is very conservative. Any relationship is a very complicated scheme, and many factors affect them, what they will be like. 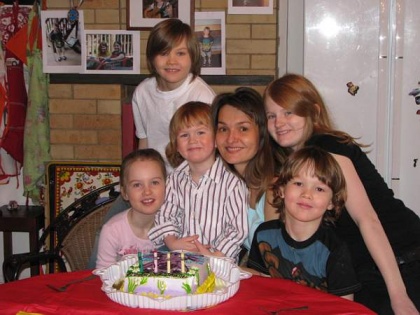 It happens that people have grown up on one site, and their relations have not developed – for various reasons, which sometimes can not be understood. And I do not consider the “intercultural moment” as the main danger for marriage, for family life.

You studied for some time in the USA. Do you understand the Americans better?

Oh sure. I left for America at the age of sixteen. At this age it is easy to learn, it is easy to perceive a new one. Such an important stage of my life – important for the realization of many things – was held in the States. Of course, I understand Americans better.

Then why did you return to Russia?

We already had a business in Russia. It was much more interesting than staying in the States at the university.

If you go back to the question of culture and traditions, what’s more in your family: American or Russian? What language do you and your children speak?

At home we speak English. This did not allow Eric to quickly learn Russian (although now he speaks very well and understands). But it helped the children: they started talking English early enough. Now they speak both English and Russian, studying in a regular school.

What kind of “nationality” do you prefer?

It is easier for me to say what dishes we like. Of course, we love pizza very much, we take it from our restaurants. We cook spaghetti, children love pelmeni, borsch, lasagna. So many delicious dishes, and already no one thinks about their origin: they are Italian, American or Japanese.

Today, many women choose between career and child. Do you think such a choice is justified?

It seems to me that very few people choose between a career and a child. The choice – it’s a meaningful, volitional decision. As if – or-or. In fact, there is almost no such thing, it often has to be combined.

I think that many women combine the education of children and work, because not everyone can afford to stay at home, that is, not to earn.

Often a woman has to work to feed her family. What choice is there? Someone pulls home, it seems to them that it is the work that prevents the full-fledged education of children. But in fact, give high-quality attention to children – this work is very difficult. Often those children who sit at home with their mothers and grandmothers start talking late, because no one talks to them.

On the other hand, I know many women who successfully lead a family, while doing a career. Of course, they make me admire. Their children see their mother, who works and builds a career, she is successful and, believe me, more respected in the family.

That is, do not be so tough about the issue?

Everyone has his own destiny. There are women who do not want to create a family. And this is normal, everyone has inner feelings of what he wants. Therefore, there is no rigid framework. It is impossible to plan when you meet the person with whom you want to live your whole life. Many of my friends just got married. They searched, found their own couple, and now they have families, children. And of course, worry that in 19 or 20 years did not get married – it’s silly, because often early, thoughtless marriage ends in a break. 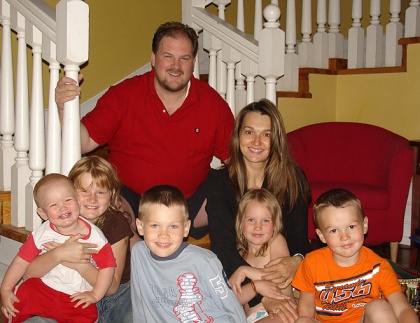 How do you manage to combine full employment in the family business with the upbringing of five children? Do not you get tired of this?

If there are people around you who love and adore you, this is a huge return. Do not you get tired of communicating with your parents, your brothers and sisters? The more the family, the stronger the bond, the more beautiful life.

But many children – it’s also a lot of trouble. How do you lead the house, someone helping with the housekeeping?

We live outside the city, we have a big house, and we can not do without help. Of course, there are nannies who work with children, and they cope very well. They are my greatest helpers.

What is the most difficult thing in combining family and career, business?

Have you encountered in business with gender discrimination?

Of course, it’s a man’s sphere of activity. But now more and more women are coming into business.

It seems to me that in reality this feeling of “discrimination” is inside. If you are confident in yourself, then you will never face infringements.

On the contrary, I think that being a woman in business now is an advantage. While successful women in business are rare, that’s why they pay attention to you.

You participated in public projects designed to draw the attention of state authorities to the problems of large families. What for?

How acute is the issue of large families in Russia?

Families with many children should cease to be some sort of exclusivity in Russia. We need programs aimed at providing basic housing. Many, very many would like to have more children if they had the opportunity. Kids are great.

5 Tips, to Stay Positive, When Surrounded, by Pessimistic People 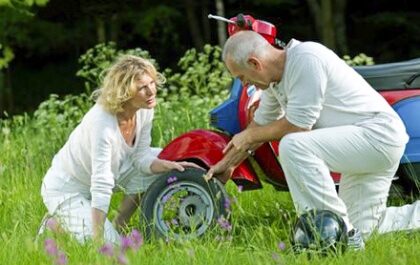 I’m a Trainer, and This Is How Often You Should Be Working Out