Study Population. All adults receiving mechanical ventilation who were admitted to our intensive care unit (which is dedicated primarily but not exclusively to surgical patients) between February 2, 2000, and January 18, 2001, were eligible for enrollment in the study after written informed consent had been obtained from the closest family member.

Only 14 patients were excluded: 5 who were participating in other trials, and 9 who were moribund or for whom there were do-not-resuscitate orders. The protocol was approved by the institutional review board.

Four patients had renal failure requiring dialysis before admission. Among the patients who were admitted to the intensive care unit after cardiac surgery had been performed, 59 percent had undergone coronary bypass surgery, 27 percent valve replacement, and 14 percent a combined procedure. On admission, 13 percent of the patients had a history of diabetes, and 5 percent were receiving treatment with insulin (Table 1).

At the time of admission to the intensive care unit, patients were randomly assigned to receive either intensive or conventional insulin therapy. Assignments to the treatment groups were made with the use of sealed envelopes, with stratification according to the type of critical illness (Table 1), and were balanced with the use of permuted blocks of 10. In the conventional-treatment group, a continuous infusion of insulin (50 IU of Actrapid HM Novo Nordisk, Copenhagen, Denmark in 50 ml of 0.9 percent sodium chloride), with the use of a pump (Perfusor-FM, B. Braun, Melsungen, Germany), was started only if the blood glucose level exceeded 215 mg per deciliter,8,9 and the infusion was adjusted to maintain the level at a value between 180 and 200 mg per deciliter (10.0 and 11.1 mmol per liter).

Adjustments of the insulin dose were based on measurements of whole-blood glucose in undiluted arterial blood, performed at one- to four-hour intervals with the use of a glucose analyzer (ABL700, Radiometer Medical, Copenhagen). The dose was adjusted according to a strict algorithm by a team of intensive care nurses, assisted by a study physician who was not involved in the clinical care of the patients.

On admission, all patients were fed continuously with intravenous glucose (200 to 300 g per 24 hours). The next day, total parenteral, combined parenteral and enteral, or total enteral feeding was instituted according to a standardized schedule, with 20 to 30 nonprotein kilocalories per kilogram of body weight per 24 hours and a balanced composition (including 0.13 to 0.26 g of nitrogen per kilogram per 24 hours and 20 to 40 percent of nonprotein calories in the form of lipids).23 Total enteral feeding was attempted as early as possible.

At base line, demographic and clinical information was obtained, including information necessary to determine the severity of illness and use of intensive care resources (Table 1). Scores were calculated for the Acute Physiology and Chronic Health Evaluation (APACHE II)24 and the simplified Therapeutic Intervention Scoring System (TISS-28).25,26 Higher scores indicate more severe illness and a higher number of therapeutic interventions, respectively. For the TISS-28 score, each therapeutic intervention is assigned 1 to 4 points, and the points are summed daily to obtain the overall score.

Because 17 percent of patients were admitted to intensive care after a median delay of 48 hours, APACHE II scores at the time of admission were artificially lowered. Moreover, zero points were usually assigned for the neurologic evaluation, since the majority of patients were sedated. This approach was considered most objective, but it inevitably reduced the APACHE II scores.27

Blood cultures were obtained whenever the central body temperature exceeded 38.5°C,28,29 and the results were interpreted by an investigator who was unaware of the treatment assignments. An episode of septicemia was defined by the first positive culture in a series. To identify bacteremia with coagulase-negative staphylococci, identical strains (compared by antibiogram) in two or more positive blood cultures were required.28,29

Weekly electromyographic screening for critical-illness polyneuropathy was performed among patients who remained in the intensive care unit for a week or more. The results were interpreted by one electrophysiologist, who was unaware of the treatment assignments.

For patients who died, the cause of death was confirmed by postmortem examination performed by a pathologist who was unaware of the treatment assignments.

The primary outcome measure was death from any cause during intensive care. Secondary outcome measures were in-hospital death; the number of days in the intensive care unit and the need for prolonged intensive care (more than 14 days) or readmission; the need for ventilatory support, renal replacement therapy, or inotropic or vasopressor support; critical-illness polyneuropathy; markers of inflammation (the C-reactive protein level, white-cell count, and body temperature); bloodstream infection and use of antibiotics for more than 10 days; transfusion requirements; and hyperbilirubinemia. To minimize the possibility of bias caused by delays in the transfer of patients to a regular ward because of the unavailability of beds, patients were considered to be ready for discharge when they no longer needed vital-organ support and were receiving at least two thirds of their caloric intake by the normal enteral route. Use of intensive care resources was assessed on the basis of cumulative TISS-28 scores (the sum of daily scores), indicating the total number of interventions per patient.25

We planned to enroll 2500 patients in order for the study to have the capacity to detect an absolute difference in mortality between the treatment groups of 5 percent among patients who remained in the intensive care unit for more than five days, and of 2 percent among all patients in intensive care (two-sided alpha level, <0.05). Interim analyses of overall mortality in the intensive care unit were performed at three-month intervals, with stopping boundaries (two-sided alpha level, <0.01) designed to allow early termination of the study. The fourth interim analysis indicated that conventional treatment was inferior, and the study was stopped.

Base-line and outcome variables were compared with the use of Student’s t-test, the chi-square test, and the Mann–Whitney U test. Adjustment for the sequential analysis of the primary outcome variable (death during intensive care) was performed according to the Lan and DeMets method.30 Odds ratios were estimated on the basis of multivariate logistic-regression analysis. The effect of intensive insulin therapy on the time of death was assessed by Kaplan–Meier analysis and the Mantel–Cox log-rank test. Patients discharged alive from the hospital were considered to have survived. Data are presented as means ±SD or as medians with interquartile ranges, unless otherwise indicated. All analyses were performed on an intention-to-treat basis.

The sponsors of the study were not involved in the study design, data collection, analysis or interpretation of the data, or preparation of the manuscript. 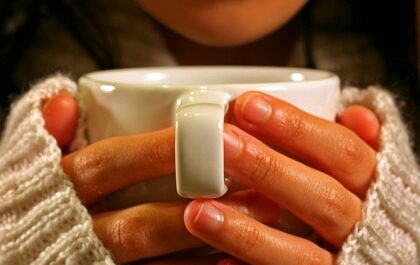 The West Village Townhouse That Appeared in Cult Classic Working Girl Was Just Sold for $15.5 Million